Resort and attraction, not theme park, to be built in Coron—firm
By: Yuji Vincent Gonzales - Reporter
INQUIRER.net / 04:26 PM January 12, 2017 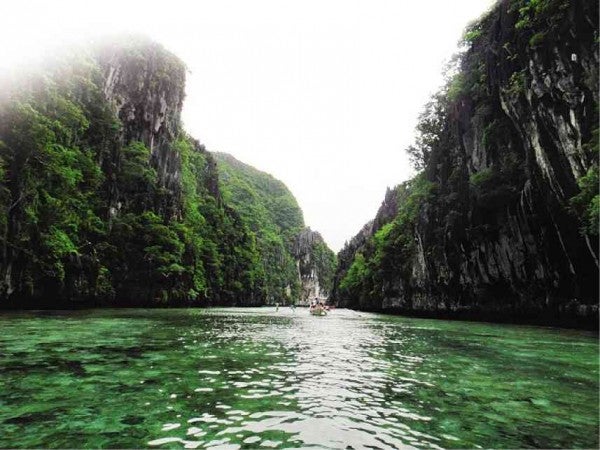 SPECTACULAR sight in what the locals call “the big lagoon”

After drawing flak from environmentalists, the developer of the planned Nickelodeon attraction in Palawan has clarified that a resort and not a theme park as previously reported will be built in Coron.

CWP marketing and communications director Susan Lee said reports that a full 400-hectare structure would be developed under water were “inaccurate,” noting that only 100 hectares have been allocated for the Nickelodeon facility and 30 hectares for the attraction itself.

“There will be no theme park development in Palawan… There has never been any form of communication from our side mentioning a theme park. Our plans are to build a resort and attraction, of which we are designing as an undersea attraction with an ocean conservation focus – this is reflected in the press release with Viacom International Media Networks,” Lee said in a statement.

“The only infrastructure in the water is floating and all developments are on land. The “undersea themed” Coral World Park is land based but is designed to meet the international standards required as a global destination especially environment related standards advocating conservation tourism, renewable energy and category 5 proof architecture,” it added.

Quoting Viacom’s initial statement, the AFP report said the resort scheduled for a 2020 opening would feature restaurants and lounges six meters or 20 feet below sea level. The “undersea development,” it said, would give fans a chance to “interact with the brand and the iconic characters they love.” Nickelodeon is the children’s network behind cartoons Spongebob Squarepants and Dora the Explorer.

Following backlash on social media and the launch of a petition calling for a junking of the plan, CWP clarified that the facility will be built on private property and will be subjected to “all necessary approvals from the government before construction starts.” The Palawan Council for Sustainable Development earlier said the project has yet to be approved.

“The Coral World Park owns eight global brands for the Philippines and all partners advocate ocean protection. This project is five years in the making and coordinated with the relevant officials of the Philippine government… We take the petitions seriously but sad to say, information has been misunderstood. We hope these points clarify all matters concerning this development,” the statement continued.

“Within the parameters by our founders, we have our own strict adherence to the environment. We aim to create a large scale reef conservation program which is sustainable, together with sanctuaries for key species in the area – these are part of our blue-print besides the job creation opportunities. We aim to work with as many advocates as possible to create a world class destination for tourism with an undersea theme,” it added.

Palawan, dubbed as the Philippines’ last frontier, is home to two heritage sites—the Puerto Princesa Subterranean River and the Tubbataha Reefs. It is world-famous for its coastlines and forests, which are among the region’s most diverse.