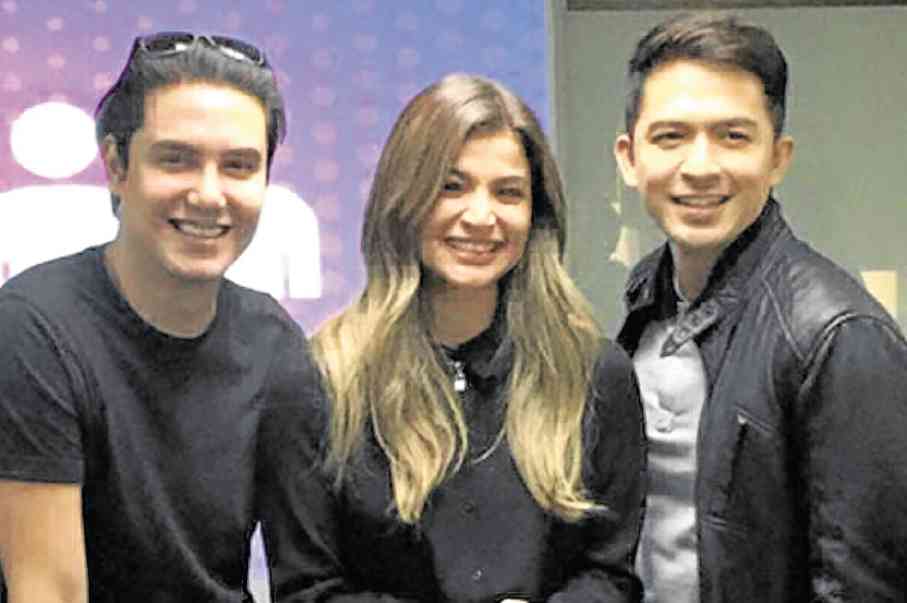 Thanks to the makers of Anne Curtis’ latest starrer, “Bakit Lahat ng Gwapo May Boyfriend?” for coming up with its winkingly witty title. It’s a far cry from the usual, predictable film titles like “The Third Party,” “Imagine You and Me,” “Padre de Familia” and “Kakampi.”

The “Gwapo” flick is a welcome twist and twerk on usual expectations, with its unexpected “guwapo-boyfriend” connection, which belatedly makes people smile on
point of contrast and contradiction.

The effectively entertaining title of Anne’s movie makes us antsy to find other film titles this season that deviate from the humdrum norm, and divert us with their own, deft twists and twerks.

A takeoff on another film’s title is “That Thing Called Tanga Na,” with Angeline Quinto and Billy Crawford.

“Patay Na Si Hesus,” with Jaclyn Jose, is a black comedy that “shocks” viewers into antic attention. Even more far-out in its titular tweaking and twerking is “Si Magdalola at ang mga Gago,” with Peewee O’Hara. What were its filmmakers ingesting when they came up with that loopy lulu of a movie title?

“Always Be My Maybe” stands out because it illogically links “always” and “maybe” to insightfully original, thematic effect. For their deft and/or droll play on words, other standouts are “#Lakbay 2 Love,” “A Lotto Like Love,” “Buhay Habangbuhay,” “Van Damme Stallone,” “The Achy Breaky Hearts,” “The Super Parental Guardians,” “Best. Partee. Ever,” “2 Cool 2 Be 4Gotten,” “The Unmarried Wife” and “Working Beks,” a “bent” version of the hetero hit, “Working Girls.” Keep ’em coming, folks!

There are so many cooking shows these days that some TV outfits, like the Asian Food Channel (AFC), have opted to focus exclusively on the specialized program type.

Other networks may have more varied fare, but they still include a number of cooking programs, because they service a basic need and interest—and are relatively economical to produce, as well.

Just last month, we were happy to add to our list of food show faves veteran food lover Rick Stein’s “From Venice to Istanbul,” the ongoing chronicle of his culinary adventures and discoveries across the European highways and byways—and eating places—he most loves visiting and revisiting.

One time, he explored some small towns and remote communities in Eastern Europe. We admired his intimate and intricate knowledge of old cooking techniques and “forgotten” food sources.

Since he’d been there before, residents and denizens opened their homes and kitchens to him, and they whipped up feasts and feats of folk culinary tradition and creativity that were truly unique, some of them even unheard of.

Through his eyes and palate, viewers expanded their knowledge of and appreciation for the simplest of ingredients, which were so innately flavorful that they needed no culinary embellishments or clever twists and “fusion” tweaks to make them standout delish.

More recently, we caught another Rick Stein sojourn, this time to coastal villages in Greece, with a special focus on seafood dishes.
Here again, the emphasis was on regional cooking methods not generally known to culinary experts and sophisticated foodies.

It was as if, having made his high-flying mark on the international food scene, Stein got bored with all the folderol and opted to go back to basics, with a renewed love for discovery and rediscovery motivating him to rough it up way off the beaten track.

We may not be able to actually savor the great food that Stein is tasting, but his “delicious” way of describing it makes his show an empathetically “yummy” viewing experience!