Karylle looks back at a blessed 2016 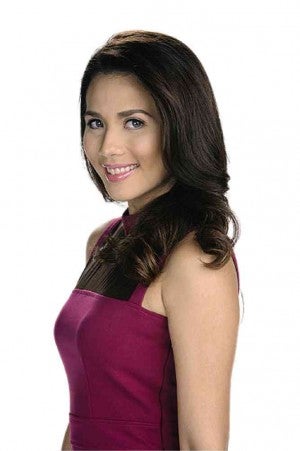 Singer-actress Karylle sums up her 2016 as a year overflowing with blessings and good luck. 2016 has been fruitful to her, given the volume of projects she’s done both here and abroad. Now that she’s all set for the premiere of her Singapore-based TV series “PI” which (“Private Investigator”), she looks back at the best memories of last year with a thankful heart.

At a simple press conference last January 3 for the upcoming premiere of “Private Investigator”, Karylle ran down some of the highlights of her 2016.

“Happy naman kasi I was able to do concerts that my mom produced, [namely] ‘Different playground’ and I was able to do a show in Singapore. I had a song that went no. 1, that was my composition and I never thought would be on the radio,” she recounted. “‘Half a Million’ is definitely one of my highlights and it ended the year [where] it was no. 24 [at] Magic. It was quite fulfilling for me.”

The 35-year-old singer also shared that while 2016 was good for her, it wasn’t exactly the case for everyone, given the wave after wave of present social unrest. However, in her own little way, she was able to contribute to society through her notable charitable works.

“I know not a lot of people did not exactly love 2016, there were so many things that happened in the world that really definitely makes you want to change it, so in my own little way, I still continued with my projects. I feel that is all I could do to help,” she explained.

“I had my family project which was the fun run in Laguna. We were able to raise about P300,000 to buy school supplies and we will be distributing that this January or hopefully before February. Somehow this is where I draw my trust in the human race,” Karylle recounted, acknowledging people who volunteered and donated gifts.

Karylle is determined to focus on her present and coming projects, while continuing to care for her baby and husband, Sponge Cola frontman Yael Yuzon.