‘Queens’ rule the roost in the MMFF | Inquirer Entertainment

‘Queens’ rule the roost in the MMFF 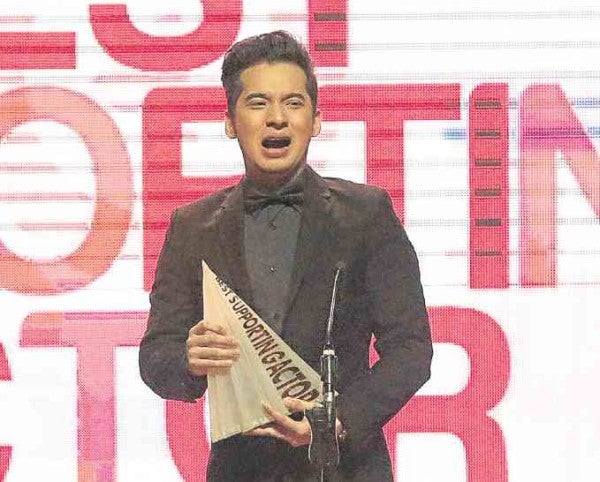 “Also the act of tucking your genitals in so you can wear panties,” Christian told the Inquirer shortly before accepting his trophy during the 42nd Gabi ng Parangal held at the Kia Theater in Quezon City.

“I had no trouble being Barbs emotionally, because I prepared for it by attending acting workshops,” declared Christian, who’s straight. “The pain and vulnerability—those are mine. I studied my character well by way of immersions. I interviewed drag queens and attended gay beauty pageants.”

Christian said the victory felt overwhelming. He hoped that the movie would open doors for other projects, especially non-gay roles. Christian also played transgender roles in the movie, “I Love You to Death,” and the TV series, “Nasaan Ka Nang Kailangan Kita?”. His first big-screen exposure, as a member of a squad of goons, was via the indie film, “Bang Bang Alley.” 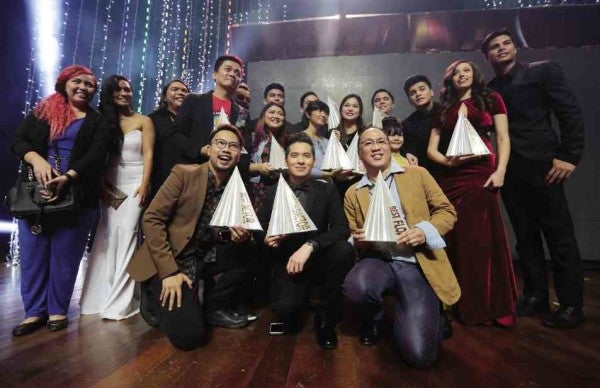 “Most people thought of us as a mere speck of dust in the eye, or something that disrupted the tradition (of film selection) in the MMFF. But if that annoying speck would help bring the needed change in the industry, then we’d gladly say, that’s us,” said Baby Ruth. SBQ is the first documentary to be included in the lineup of the MMFF’s 42-year-old history.

Cast member Mylyn Jacobo thanked the SBQ team for shining the spotlight on domestic helpers living in Hong Kong. She dedicated the trophy to her employer, Chinese film and TV producer Jack Soo, whom she said treated her not as a house maid, but as a daughter.

“I know you’ll be happy for this. This is for you. I wish you’re seeing this,” said Mylyn, who as well as costar Hazel Perdido wore gowns by Filipino designer Martin Bautista at the awards show. Costar Leo Selomenio donned a suit. 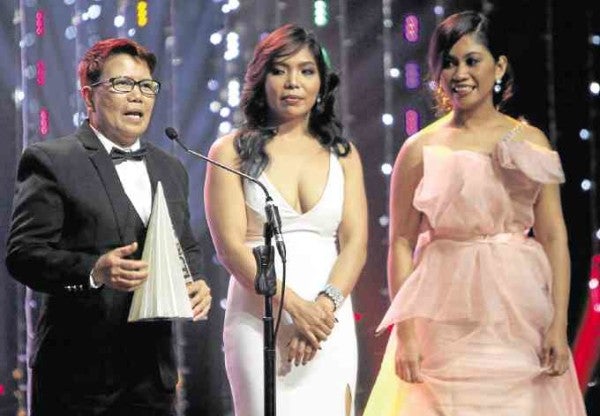 An innovation in the awards ceremony this year is the Kid’s Choice Award, which was given to “Saving Sally,” “Sunday Beauty Queen” and “Vince & Kath & James.” Therese Malvar served as jury head.

Call time for the ceremony was at 6 p.m., but it began at 8 p.m. or shortly after the arrival of veteran actress Nora Aunor. The Superstar was nominated for best actress for her work in “Kabisera,” but the trophy was eventually given to Irma Adlawan, the lead star of “Oro.”

Irma then called to the stage Mercy Sueno, to whom her character, Kapitana, was based. “What you see in ‘Oro’ is what really happened (to four miners massacred in Barangay Gata, Caramoan, Camarines Sur). It was painful,” said Mercy. “As their Kapitana (barangay captain), it is my duty to make sure that the killers are brought to justice.”

The show, which was hosted by Mark Bautista, Yassi Pressman and Roxanne Barcelo and televised on IBC 13, ended around 11 p.m. People wondered why Yassi disappeared midway through the program, leaving Mark and Roxanne to share the task of reading Yassi’s remaining spiels. 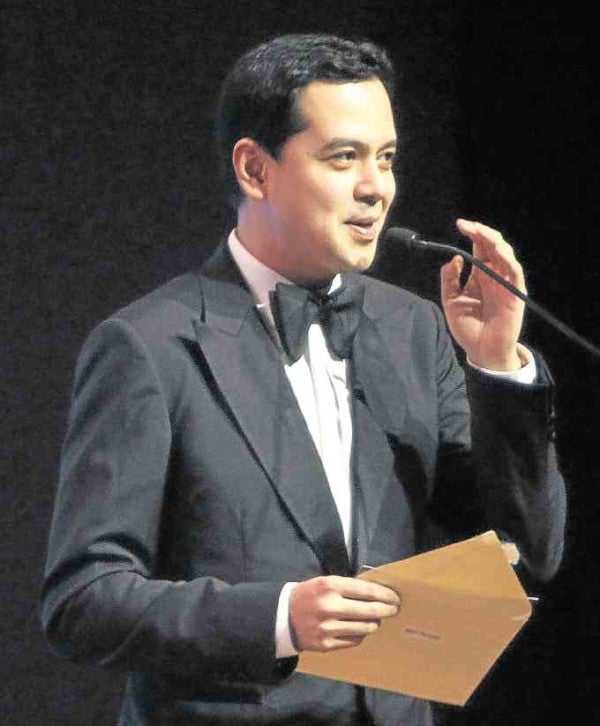