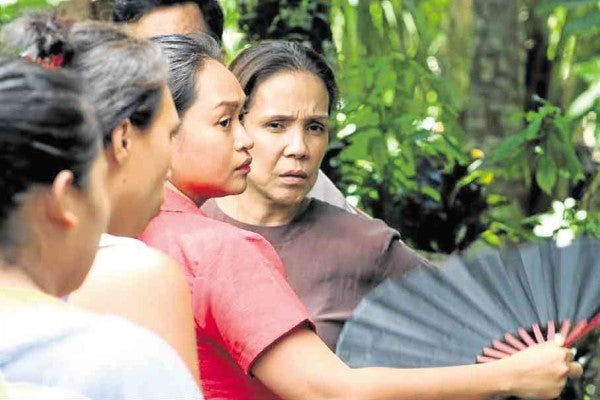 Amid allegations of animal cruelty, the Metro Manila Film Festival (MMFF) executive committee on Tuesday announced the withdrawal of the Fernando Poe Jr. Memorial Award for Excellence it earlier granted to “Oro,” one of this year’s entries, due to its controversial dog slaughter scene.

“Without making any judgment on the artistic merit of the film or cinematic depiction, the MMFF finds the present controversy on the alleged killing of a dog in the course of the filming of the movie effectively casts a doubt on the movie’s ability to exemplify the human and cultural values espoused by the late Fernando Poe Jr.,” the MMFF committee said in a statement.

The committee said the decision was made upon consultation with the family of FPJ. The movie star’s daughter, Sen. Grace Poe, earlier called for an investigation of the matter, saying FPJ memorial award given to Oro may be rescinded should the dog slaughter scene be proven real.

The Philippine Animal Welfare Society (PAWS) had warned to press charges against the people behind the film for supposed violation of Republic Act No. 10631 or the Animal Welfare Act. But Alvin Yapan, the director, denied allegations that he ordered one of the actors to kill the dog, saying that it was a tradition in some far-flung provinces in the country. CDG