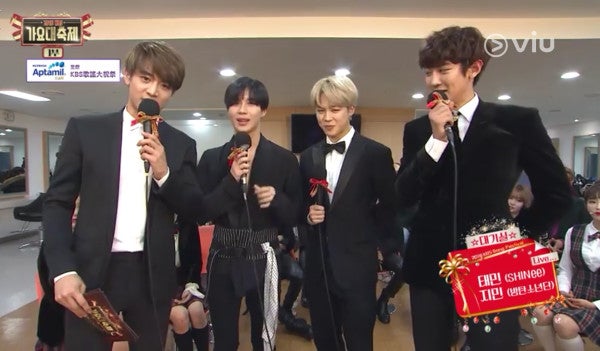 Greet 2017 by grooving to the beats of your favorite K-pop idols who rocked the stage last year. Image: KBS Song Festival

2016 was a year when a lot of K-pop idols made their comebacks to the delight of fans. New and old groups continuously gave back to their supporters by producing heart-stopping music videos, live performances, and some even toured the world to reach out to their international fandoms.

Now that is over, everyone is now waiting patiently for the most-awaited shows in Korea which are definitely the year-end award shows. These wrap up the whole year’s activities of the artists.

On 2016 KBS Song Festival, a lot of hot idols of 2016 assembled to perform some ‘special stages’ that you should not miss. Special stages are composed of: (1) swapping songs from different gender groups; (2) music for mother; (3) imitating 90s Idol performance; (4) collaboration with different idols, and so on.

Catch this exclusive content only on Viu! Tap this link: http://inq.news/KBSSF2016-INQNet.