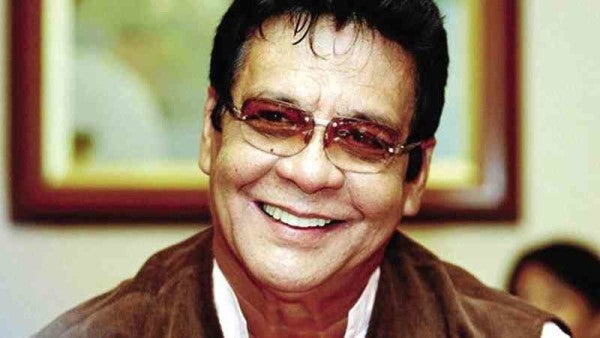 In the course of our career in arts and entertainment journalism, we’ve interviewed many stars both here and elsewhere, and have benefited from their insights and shared experiences. At a recent media forum, we were asked which stellar interviews stood out in our recollection, and we lamely responded that there were too many to cite.

But, on point of the most unusual interview ever, one clearly stands out: Our longest interview ever, it took all of seven hours, and our stellar subject and object was no less than—movie king Fernando Poe Jr.!

FPJ rarely acceded to “full”interviews then, but his right-hand person, Susan Tagle, was instrumental in effecting the prized connection, for which we still thank our lucky stars.

Fact is, the FPJ interview’s “extreme” length wasn’t our idea, but our superstellar subject’s. He apparently held us in good regard, hence his readiness to share a lot of his ideas and reminiscences with us.

In any case, the interview started at the FPJ movie studio, then moved to a club nearby, where Ronnie plied us with “endless” bottles of beer as he answered our questions. Some of them turned out to be a mite too pushy, so he pleaded “no comment.”

Just as we were feeling more comfortable, Ronnie abruptly got up—and moved our interview to another pub! At the new venue, FPJ was feeling more “oiled” and thus more loquacious and forthcoming, as the beer kept flowing—and we kept guzzling.

Then, Ronnie threw us for a loop again by transferring our “moveable feast” of an interview to a third venue! By that time, we were both feeling really chummy-chummy and tipsy (but quite amazingly, not rip-roaring drunk)! And Ronnie finally answered all of the “controversial” questions we asked.

At the end of the “record-breaking” interview, we slumped into a cab and went home to sleep the sleep of the just—and of the media guy who had just spent seven hours talking to, and drinking with, “Da King.”

The following day, we got up and wrote a really long article, which bristled with one hot FPJ “scoop” after another.

Before we could submit it, however, Ronnie called us, all sobered up after the long night before, and sheepishly asked for some of his extremely honest views and revelations to be kept “off the record”—because “some people might get hurt.” We did as requested—but the “amended” interview still had enough scoops in it to become the talk of Tinseltown for days to come.

Looking back on our most unusual FPJ interview, it was a valuable experience for us, not just because it was a rare and prized “royal” encounter, but also because Ronnie had “allowed” us to get to know him as a person.

True, he was trying to get us tipsy so we would “forget” to ask some really  probing questions, but he wasn’t completely successful, so that was OK, too. Toast!