MMFF movies to be shown in selected theaters until Jan. 7 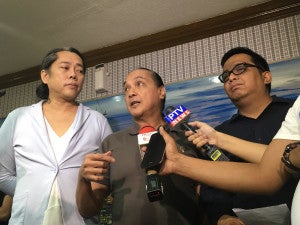 MANILA — Due to the overwhelming show of support from the public, the Metro Manila Film Festival 2016’s executive committee has decided to extend the screening of all eight titles in selected cinemas until Saturday.

The MMFF, which is supposed to end on Wednesday (Jan. 3) will be extended until Jan. 7 “so that these films will be enjoyed all over the country beyond Jan. 3,” according to Noel Ferrer,  MMFF executive committee spokesperson.

Ferrer had yet to disclose the 10 cinemas of SM malls in the metro that agreed to extend the screening of the eight movies until Jan. 7.

Aside from the continued film screenings, Ferrer said the MMFF would start laying the groundwork of an extensive MMFF school caravan, and negotiating with other cinema chains for a similar extension.

Ferrer said the extension of screening of the MMFF entries would not only depend on the prerogative of the theater owners but also on the public, who could put pressure on theater owners.

He cited the situation of “Sunday Beauty Queen,” which had a low following on the first few days after the festival opening. The film, however, had its gross income doubled after it won awards, including the Best Picture, in the 2016 MMFF Gabi ng Parangal.  SFM