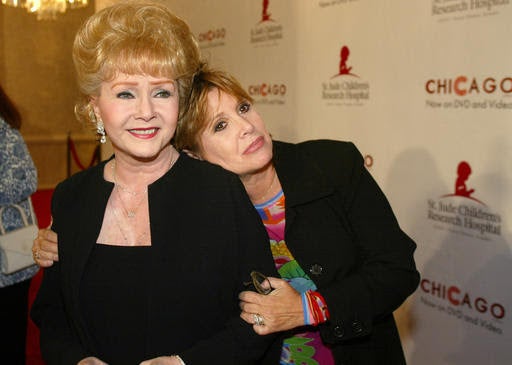 Just a day after the death of her daughter “Star Wars” actress Carrie Fisher, Debbie Reynolds was reportedly rushed to the hospital.

TMZ reported that Reynolds, 84, was at her son Todd’s home in Beverly Hills, California, discussing funeral plans for Fisher when she suffered a “possible stroke.”

Fisher died Tuesday due to cardiac arrest after flying earlier on Friday from London to Los Angeles .

“Thank you to everyone who has embraced the gifts and talents of my beloved and amazing daughter. I am grateful for your thoughts and prayers that are now guiding her to her next stop,” Reynolds posted on Facebook on Wednesday (Thursday in Manila).

Reynolds was an actress, Broadway star and television personality who appeared in several ’50s and  ’60s hits, such as “I Love Melvin,” “Give a Girl a Break.” “The Catered Affair” and “Singin’ in the Rain” alongside Gene Kelly.