Iggy Pop, still rockin’ crazy but a bit deaf, after all these years 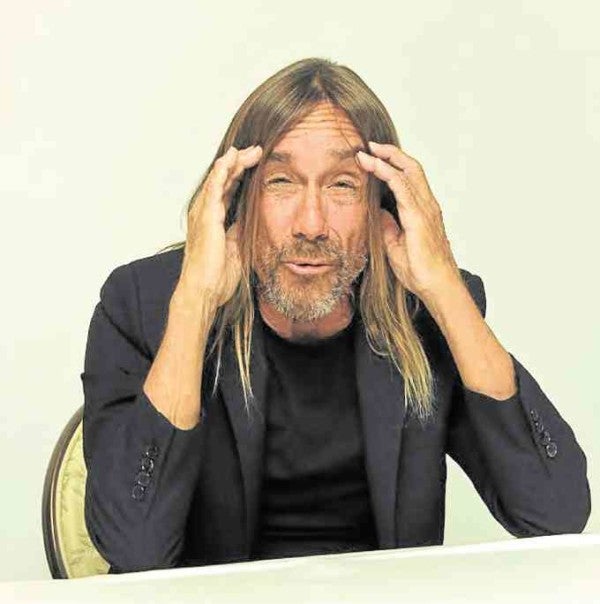 Los Angeles—“I am deaf as a stone!” rock legend Iggy Pop admitted. And it’s not surprising. With a rock career that started in the 1960s, Iggy is indeed hard of hearing, turning to musician Danger Mouse, paired with him in this interview in Beverly Hills, to occasionally repeat the interview questions to him.

“You want my opinion on particle physics?” he joked about not hearing the questions, like when he was asked about the legalization of marijuana in California this year.

The frontman for the seminal punk group The Stooges, inducted into the Rock and Roll Hall of Fame in 2010, looked very sedate in a black t-shirt and pants. But look down and there was a hint of the man known for his crazy stage antics—he wore platform Gucci sandals.

James Newell Osterbeg, Jr.—who became Iggy (derived from Iguana)—went on to collaborate with the late David Bowie. He has maintained his build, which he showed off onstage, especially in his younger years when he often performed shirtless. “I was born with the body, sort of,” he quipped. He still has his trademark long blonde hair.

“Did you say country (music)?” he also cracked at one point. The rock icon is nominated for the Golden Globe 2017 best song category for “Gold,” from the movie of the same title about an unlikely pair, played by Matthew McConaughey and Edgar Ramirez, who trek to an Indonesian jungle in search of gold.

He shares the nod with Danger Mouse, the film’s director, Stephen Gaghan and Daniel Pemberton.

Can you talk about your crazy life on the road over the years?

I have been on the road again all year (laughs).  But for me, I would say that I lived the hyper, super exciting clichéd version of life on the road, like “Full Metal Jacket,” from 1969 through 1974. I had about eight years there—no money, no order.

There were scenes with people chasing me with an ax. The roadie from the other band, Slade, chased me with a bloody hand ax. And really blood and guts, passing out or hyped up and all that and no money in it or anything.

Then I tried to transition and I became a little more professional, in my mind, from 1976 through 1980. What happened there was my great gift and that was, I fell in love with the capitals of Europe. I was traveling by bus on those four years, playing to 50 people in Stockholm, 70 people in Copenhagen, 50 people in Madrid and the places that nobody went to.

I was just excited. I was like, I am going to Rome, where Claudius lived! But I was still pretty dirty, broke, painful, crazy and obnoxious (laughs).

Then I became a sensible professional, hardworking tour guy from 1985 until the turn of the century. That was just 15 years of a hard slog.

MTV doesn’t get what you do. And it went on and on. That was really rough but suddenly, I had a mortgage, bank account, health insurance and all that s**t (laughs).

From the early ’90s on, we went in separate directions.  But we spoke cordially for the last time. It was 2002 or 2003. He called me in Miami. He had a couple of ideas and we caught up. We had a nice chat and that was as far as that went.

And if I think of David Bowie personally, I would say he was like an educator in my life. 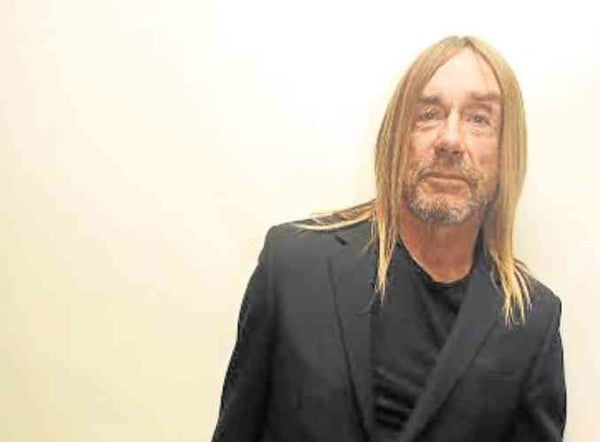 How do you keep in shape?

I do something called Qigong.

For you, what is the best movie song?

In the ’80s, you ranted about how drugs are getting worse. What do you think of them today?

I would say that among the synthetic opiates, I had a couple from the dentist years ago. I didn’t like it. I had an extraction. [I tried] Vicodin.

They are more dangerous and more subtle. I would not want to get hooked on that s**t.  I would rather be hooked on some junk, really.

But I think drugs are with us. They are bigger than ever.

You and The Stooges influenced so many artists. What do you think about being called the godfather of punk?

I was embarrassed when that came up. And then little by little, I just got a laugh out of it.

What’s the update on “The Sandman,” your horror movie project with Dario Argento?

They say this coming February or March. What they are telling me now is that Dario wants to produce and use another director but that he wants to come over for my scenes. They better bloody do it because I went on one of those crowdfunding sites (laughs) and hawked money for people for the damned film.

You have been in music for over 50 years now. Have you ever thought of doing something other than music?

I have a little radio show with music. I work in films and I do voiceover work. I write the occasional essay or foreword for art books and things like that when I am asked to.

But I am in a time in life now where I would rather just react.  So if you ask me to paint your house, I will quote you a price—yeah, whatever it is.  It’s a deal.