Kean Cipriano: My baby has made me a better human being | Inquirer Entertainment

Kean Cipriano: My baby has made me a better human being 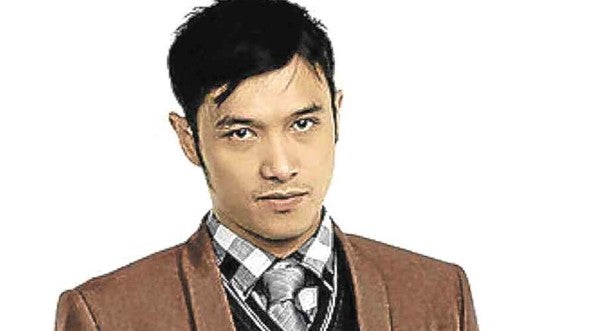 How has fatherhood changed Kean Cipriano?

“In every single f*cking way,” he said, to put it succinctly.

“It’s life-changing. My baby pretty much inspires me to become a better human being,” the musician-actor said of Stellar (his and wife Chynna Ortaleza’s 8-month-old daughter), who’s named after their favorite Incubus song.

For Kean, the front man of the pop-rock band Callalily, saying that’s he’s a hands-on dad is an understatement. “It’s a commitment. Life is short and time flies by so fast. One day I will be gone, and so I make it a point to spend my time wisely. I want to spend it with the people I love and treasure,” he said in a recent interview.

When asked about his relationship with Chynna, the 29-year-old artist, who doesn’t usually discuss his personal life in detail, just described it as “cool, everything has been great.” The two tied the knot in civil rites in December 2015 and welcomed Stellar last April.

Chynna and Kean plan to spend their Christmas with their families—this time, in the cinemas to see “Ang Babae sa Septic Tank 2: #ForeverIsNotEnough,” where he’s part of the main cast.

“Spending Christmas in a movie house is something new to me,” related Kean, whose most memorable Christmas was doing a charity gig in Iloilo for the victims of Supertyphoon “Yolanda.” “And then, of course, we will gather [together], talk and eat a lot.”

For 2017, the goal is to go back to the studio and record a new record with his band, and hopefully, shoot his directorial debut. Kean said he began participating in filmmaking workshops facilitated by Mowelfund three years ago.

“I have just fallen in love with the filmmaking process. I have been writing for quite some time now. Whenever an idea comes to mind, I jot it down. Let’s see how everything pans out,” related Kean, who has directed short films and music videos, most recently for young singer Alexa Ilacad’s song “Pakipot, Suplado.”

While he has been raring to explore other fields in the entertainment industry, Kean said that music remains his top priority. “Music is the air I breathe. I can’t live without playing and doing gigs with the group. It’s my life,” he said.

Juggling music and acting for television can indeed be hard, so it all boils down to good time management. “I have seven days a week—may color coding ’yan,” Kean quipped. “But I guess I’m also very lucky that the things I pursue all sort of intertwine with each other.”