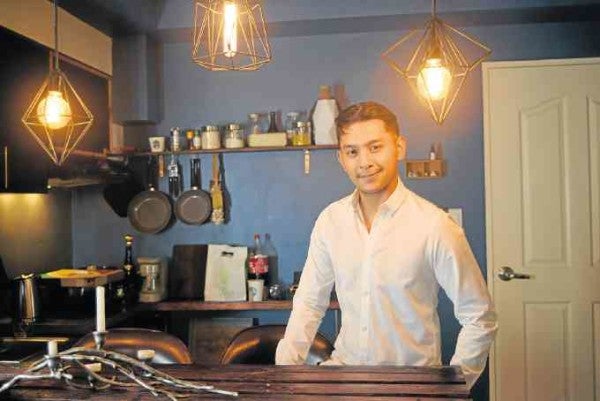 His kitchen always has a substantial supply of pasta for his friends and visitors. Photos by Romy Homilada

Actor Sandino Martin said he has been trying to keep the Christmas spirit alive in their home for the past six years, but admitted to slowly losing interest in continuing the tradition each year.

“I did try to do it even though it was just my younger sister Kaela and I who are at home on Christmas Eve. I would wake her up and say, ‘Get up! We have to eat noche buena.’ It’s depressing at times, but as a Filipino, you can’t help feeling celebratory. You have to celebrate Christmas with your family, no matter how difficult it is to achieve,” he explained.

Sandino’s mom, Sherrie, and sister Elysse are both employed in a call center and, therefore, have to work on Christmas Eve. The actor has been estranged from his father for years.

How is 2016 going to be different for Sandino’s family? “I asked my mom to retire from work, and she agreed. This means she can finally cook for us,” Sandino said, adding that he planned to help his mother put up a business “so she can still earn while taking care of my teenage sister.”

At his condominium unit in Makati City, Sandino recently put up a five-foot-tall Christmas tree. “While decorating, I felt like a kid once more. This brings back a lot of childhood memories,” pointed out the cast member of Alvin Yapan’s “Oro,” an official entry to the 2016 Metro Manila Film Festival, which opens on Christmas Day.

“When I was 7 years old, we would go to the big house of one of my aunts. They had a Christmas tree that was 10 feet tall—that’s gigantic for a small kid. Underneath it were gifts for me and my cousins. We were all in a hurry to open them,” Sandino recalled. “My next step was to fill the space under the Christmas tree with gifts for my friends.”

He added that he planned to host dinner for them before joining his family in Novaliches, Quezon City. 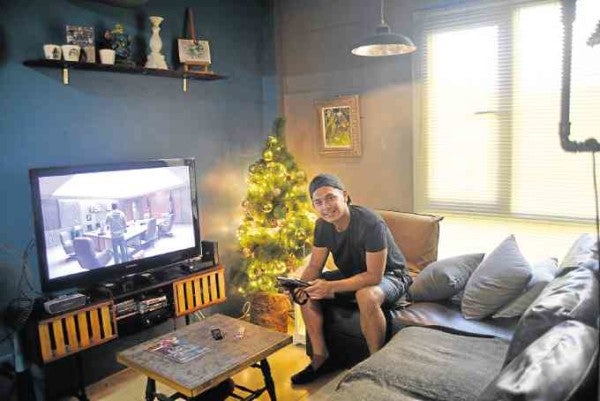 The actor enjoys accommodating friends at his condo-—that’s why he has a minibar and a substantial supply of pasta in his kitchen. “I cook. I like to experiment, especially on fish dishes. I don’t know how to cook adobo, sinigang or kaldereta, but I make a mean dinakdakan, in true Ilokano fashion.”

Aside from the Christmas tree in his living room area, he also has a plush four-seat black leather couch and an entertainment system.

Sandino designed all the lamps in his unit, as well as the center table, which had the legs of an antique steel coffee table from his hometown in Isabela. 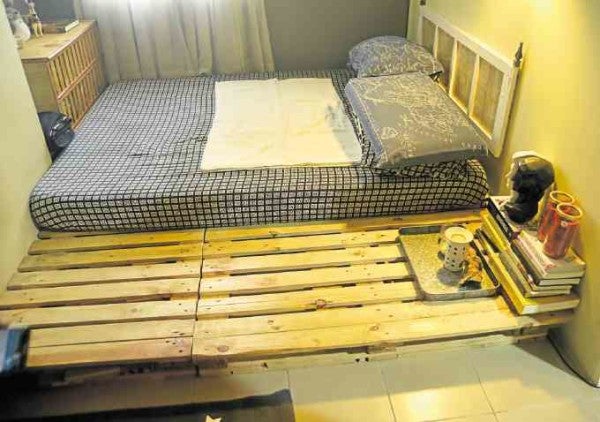 “I spent less than P100,000 decorating this place. I like doing things by myself. I created almost everything. I painted these walls,” said Sandino, explaining that while one side of the unit is dark (“because I also have a dark side”), the other is bright, happy and painted blue.

Sandino has lots of keepsakes from his travels, like shells from Caramoan, where “Oro” was shot; the postcards from Paris and Berlin, the places he visited during his first European trip; and the buddha figurine he got from Singapore.

“There was a time in my life when I wanted to be a Buddhist, so I went to Singapore. I discovered that these people are kind to one another, and even to people who hate them,” he shared with Inquirer. 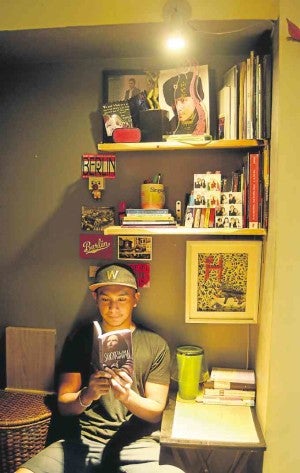 Sandino’s bedroom was obviously the most interesting spot in the house since it reflects the actor’s interests. Not only does he have numerous art books by the bedside and in his work corner, he also has a wall that showcases some of his favorite photos—the ones of himself and those that he took.

An intriguing item placed prominently on one of the shelves is a series of wacky photos of Sandino and his “really good friend” and “Changing Partners” costar, Anna Luna, taken inside a coin-operated photo booth.

Hanging on another side of his bedroom wall is his Sony rx100m3 digital camera. He proudly told the story of how he ended up using a woven Ifugao belt as a camera sling. “This was a gift from one of the best senior cinematographers in the country, whom I’ve worked with in ‘Larawan.’ He noticed that I liked taking photos and liked what he saw on Instagram. He allowed me to tag along when he did a photo shoot for a group of Lumad. He gave me this as a souvenir,” Sandino recalled.

The actor also takes pride in the Victorian-inspired framed painting and wall clock that he found at the Dapitan Arcade, and the window frames from his former apartment on Morato ave. that is now transformed into a headboard.

“My landlady was about to throw them away, so I asked if I could keep them. I’ve had them with me for two years now. Only recently did I discover, while trying to saw them, that they were made from narra,” he beamed.

“I’m a junker. I like picking up random things on the street,” he said while showing a chunk of varnished wood by the Christmas tree that was once used as a book-ender, then a lamp stand. “I’m the type of person who looks forward to going home, because I know I’m staying in a nice place. I’m a certified homebody.” 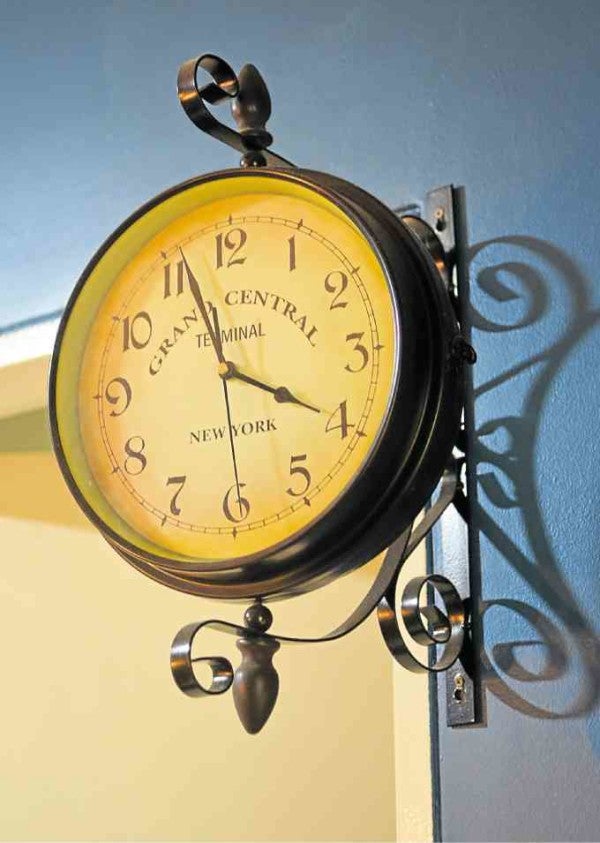 Wall clock is from Dapitan Arcade.