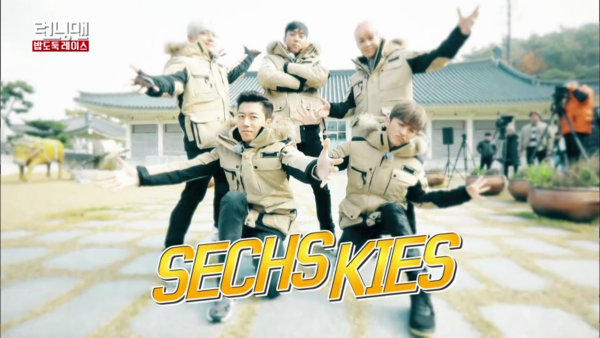 Sixteen years after their emotional goodbye on stage, their fans are more than joyful as Sechs Kies makes a comeback, and as a treat, they were special guests in the latest episode of “Running Man.”

The goal of the episode: find the food thief!

Donning new hairstyles for their recent comeback, Eun Jiwon, Lae Jaejin, Kim Jaeduc, Kang Sunghoon, and Jang Suwon of Sechs Kies, along with the cast members of “Running Man,” participate in various missions designed to test the physical and mental wits (which is after all one of the highlights of Running Man) of one of the oldest idol groups in K-pop history.

The episode, like most variety shows, is comical and raw – highlighting the personalities of the idol member groups, which is refreshing to see for its deviation from their usual image on stage.