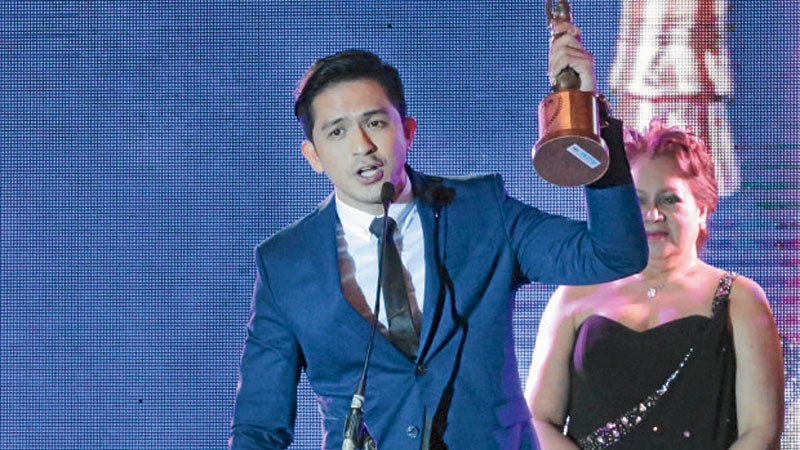 The fact that Joel Lamangan is not a member of the Iglesia Ni Cristo (INC) “was never an issue” to the producers of the P150-million biographical film “Felix Manalo,” who tapped him to direct what was adjudged the 64th Famas (Filipino Academy of Movie Arts and Sciences) best picture.

“I’m a Catholic. The producers respected that. They did not force me to join them,” said Lamangan, who also won the best director award for his work on the film that dramatized the life of the late INC leader Felix Ysagun Manalo.

Having worked on the film for almost a year, Lamangan said he had been “exposed to the teachings of INC.”

“But I have my own religion and my own beliefs. They respected that,” he said.

However, Lamangan said the producers had control over the film’s content.

“It was already agreed upon in the beginning that we would show their interpretations of some concepts and significant events in Manalo’s life. We had consultants from the church present while we were doing the movie,” he said.

Lamangan quickly added, however, that “nobody interfered with the artistic aspect of the film.”

The film’s preproduction stage required tedious work, Lamangan said. “Different churches of different eras had to be constructed. We had to build one of each, from the bahay kubo (nipa hut)-type of church up to the buildings that we see now.”

He also talked about the actors’ “aging process.”

“We had to transform Dennis from the young Felix to the really old one. The same process was done to the other cast members. This was as hard as constructing the churches,” Lamangan said.

The director described Trillo as a “very dedicated and professional actor.” He said that before filming began, he had already informed Trillo that he would be required to memorize long speeches and quote a lot of verses from the Bible.

“He was able to do it. We didn’t make use of idiot boards on the set. All those long lines were recited from memory,” the director said.

Accepting the Fernando Poe Jr. (FPJ) Memorial Award, action star Robin Padilla said: “I knew of FPJ not just as the local Action King, but also as a hero who made it his advocacy to help the poor.”

This year’s best actress awardee is Andi Eigenmann, who was commended for her performance in the Carlo J. Caparas film “Angela Markado.”

The best visual effects award was given to Vincent Ilagan and Mike Velasquez for “Angela Markado.”