A Christmas carol for OFWs 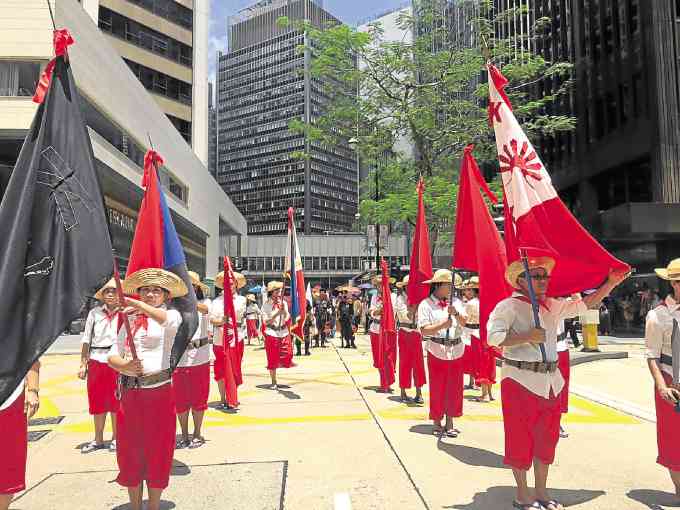 Think of it as a love letter, a heartfelt Christmas carol, dedicated to Overseas Filipino Workers (OFWs) all over the world.

Still, not a few industry insiders were surprised, shocked even, that “Sunday Beauty Queen,” a documentary on OFWs, made it as one of the eight entries in this month’s Metro Manila Film Festival (MMFF). The docu’s director, Baby Ruth Villarama, and her team in Voyage Studios were just as incredulous at first.

She recalled that the MMFF announcement was made on the same day as the surprise burial of dictator Ferdinand Marcos at the Libingan ng mga Bayani.

“A lot of emotions had to be processed that day,” she recounted. “I thought (our inclusion) was a joke. But I knew our lives would be changed forever.”

In the end, it’s fitting that a docu has made MMFF history on such a “historic” day. “I’m very proud because after four years of struggling to make this story right, we were given the chance to tell the story of real Filipino heroes.”

In more ways than one, the docu is a “game changer.”

“In times like this, we badly need stories that enlighten and not brainwash,” she asserted. “This year, we have the opportunity to watch our own stories, as told by ordinary people who bared their souls in front of the camera.”

“Sunday Beauty Queen” follows the lives of different Filipino domestic helpers who join a beauty contest in celebration of the Philippine Independence Day in Hong Kong.

“Our film shows the resilience of OFWs,” she pointed out. “Against all odds, they fight to maintain their dignity and are able to survive because of each other.”

Producer EA Rocha of TBA (Tuko, Buchi Boy and Artikulo Uno) concurred: “It is a tribute to the heroic nature of our people, as manifested by OFWs. Our film reaches deep inside the heart and pulls its strings. Tears will flow and love will be felt. We pray the families of OFWs will flock to cinemas, so they will get to understand the hardships that their relatives endure abroad. That, in my opinion, makes OFWs the true heroes of our time.”

Villarama also hopes viewers will change their minds about docus after watching the film. “People think documentaries are hard-hitting, serious and sad. But docus can also be engaging, inspiring and heartwarming.”

Rocha agreed: “Docus are mistakenly considered ‘educational’ and thus boring. In truth, a docu can be as dramatic and perhaps more poignant than any other film.” 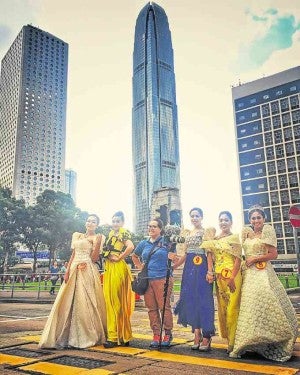 Now, for the hard part: Will the audience, and the cinema owners, support the daring idea of screening a docu at a time usually reserved for fantasy and other escapist fare?

This year’s MMFF added fuel to the fiery debate between supporters of the mainstream and indie scenes. Villarama, however, doesn’t believe in dividing Philippine cinema between two camps.

“Labels just foster exclusivity,” she explained. “It all boils down to creating quality Filipino films that can reach both local and international audiences. That is how the Philippine movie industry can thrive in spite of global competition.”

Speaking of which, the imposing presence of Hollywood remains even during the MMFF—a two-week period that is supposedly exclusively dedicated to local films. (Imax is allowed to screen Hollywood flicks during the holidays, because there are no Filipino movies shot in the Imax format.)

Villarama sees nothing wrong with Hollywood movies. “But if 70 percent of the movies screened in local theaters every week comes from the United States… that’s not OK. There should be balance in cinema programming.”

Then, there is the specter of the first day-last day policy that allows cinemas to pull out underperforming films.

“It’s unhealthy for the industry,” she said. “In Malaysia, films are sheltered from [this problem]. Government and theaters work hand in hand to guarantee a week-long screening for local movies—through tax incentives for cinemas, marketing support and other creative solutions.”

Her wish is for the MMFF to adhere to its original mission, which is “to showcase well-made and entertaining Filipino films.”

“I hope the MMFF would be able to unite all sectors… do away with the self-interests of the few and give equal opportunity to everyone—not just filmmakers from Manila, but also those from the regions. It’s time to Filipinize the world through our films,” she remarked.