War of words as prelude to MMFF | Inquirer Entertainment

War of words as prelude to MMFF 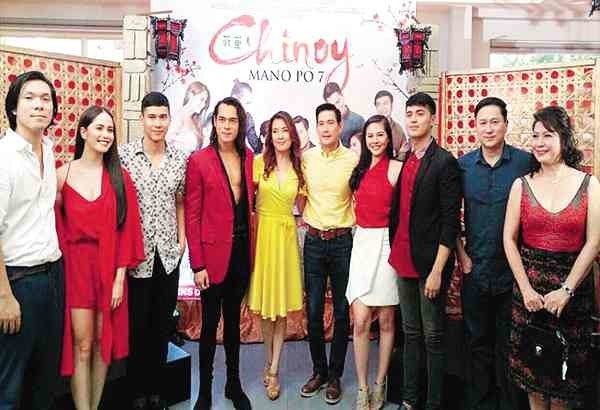 The Metro Manila Film Festival (MMFF) has never been immune to controversies in its 42-year history.

Remember the disqualification of Erik Matti’s “Honor Thy Father” from last year’s best picture race that resulted in the revamp of the fest’s Executive Committee? This, in turn, resulted in a total overhaul of this year’s festival.

This time, however, intrigues erupted long before awards night.

Mud was slung immediately after the top eight finalists were unveiled last week, mainly because the usual franchise fare (“Enteng Kabisote 10 and the Abangers,” “Mano Po 7: Chinoy” and the Vice Ganda-starrer “The Super Parental Guardians”) were eased out of the lineup.

Change came and proved too drastic for some industry insiders. The brickbat reached a new low with the much-ballyhooed “war of words” between “Mano Po” producer Lily Monteverde and “Oro” actress Mercedes Cabral.

Cabral reportedly called Monteverde an “idiot” on her Facebook account after the latter claimed indie films do not belong in a Christmastime festival. “Oro” made the grade. Monteverde’s Regal Films, however, is the distributor of another entry, “Die Beautiful.”

Sen. Tito Sotto, brother of “Enteng” star Vic Sotto, told the Inquirer: “So many people are disappointed. The selection committee has completely forgotten what Christmas is all about. It should be about children!” 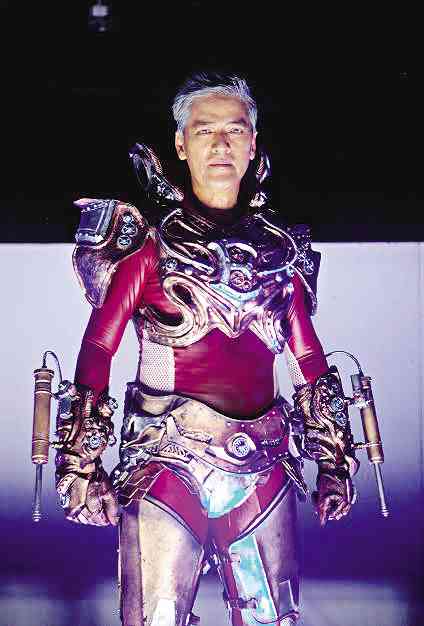 Sotto suggested a separate fest for independently produced films: “Perhaps they should just create a festival for indie films so it would be more awards-oriented. Anyway, I’m sure the first week gross of all the movies in this year’s film fest will not even muster the first day of a Star Cinema and MZet movie.”

“All mainstream films were snubbed,” Regal executive Roselle Monteverde said. “All those films that the people were expecting to see during Christmastime were not included on the list.”

The younger Monteverde added: “We will support the change if it would really be for the betterment of the industry. Let’s all see what will happen this year. We don’t know how this change in the movie lineup will be received by the audience.”

“I cried when I learned that  ‘Mano Po’ was not included, but I didn’t take it against them,” the Regal matriarch said. “We are trying to learn as much as we can from the changes (in the MMFF rules and regulations). If these do not become successful, then there should be more changes next year.”

“Mano Po 7” opens in cinemas nationwide on Dec. 14. Its director Ian Loreños said that while he was confident of the quality of his work, he did not feel bitter about his film being excluded from the lineup.

“I always tell everyone that film is subjective. It may not be good for you but it’s good enough for me. It just so happened that the selection committee had other preferences. I know the filmmakers who were chosen. I respect them. They all deserve to be there,” Loreños pointed out.

The Monteverdes further lamented the failure of the selection committee to abide by an alleged agreement to pick four indie films and four mainstream movies to comprise the eight official MMFF entries this year.

Asked about the alleged agreement, Star Cinema manager Mico del Rosario said he has heard of it but couldn’t confirm it.

He added that Star Cinema “respects the decision of the MMFF selection committee.” One of its films, Theodore Boborol’s “Vince & Kath & James,” is included in the festival lineup.

Academician Nicanor Tiongson, who led the eight-member selection committee, said commercial viability was not the primary concern in choosing the film entries, but quality.

During the launch last week, Tiongson told reporters that all films in this year’s lineup are all worth watching and pleaded naysayers “not to dumb down the audience.”

Meanwhile, the MMFF executive committee denied Monteverdes’ claim that it had entered into an agreement with producers as to the number of indie and mainstream films that should be included in the festival lineup.

In a statement sent to the Inquirer, the execom said: “This year, no compromises were made to favor any particular production outfit or brand of filmmaking. The quality of the movies…[and] their capacity to engage and entertain audiences were the main principles that guided this selection process.”

The statement added: “The arduous, clean and honest process of choosing the eight entries has resulted in a lineup that is fresh, diverse and exciting.”

On the alleged agreement, selection committee member Lawrence Fajardo said: “I have never heard of such an agreement. If there was one, it was not relayed to us.”

Fajardo and the seven other members of the selection committee were tasked to pick eight films from among 27 submissions.

“We didn’t pick the eight finalists…[because] they were independently produced. People will understand why they were chosen when they finally see the films,” he told the Inquirer.

Activist Mae Paner, who is a member of the selection committee, stood by the top eight entries—which, she said, hewed closely to the new criteria.

Unlike in previous years when commercial viability was given a premium, the jurors followed a new set of criteria, as follows: “Story, audience appeal and overall impact, 40 percent; cinematic attributes or technical excellence, 40 percent; global appeal, 10 percent, and Filipino sensibility, 10 percent.”

More than being “indie,” Paner pointed out that “diversity” is the main attribute that defines this year’s entries.

For the first time in MMFF’s history, a documentary, Babyruth Villarama’s “Sunday Beauty Queen,” made the cut, as well.

It is not true that studio films were purposefully excluded, Paner said.

Case in point: Star Cinema has an entry: “Vince & Kath & James.” “Septic Tank 2” is produced by Quantum Films, which was also behind the MMFF sleeper hit, “English Only, Please,” in 2014. Reality Entertainment, which bankrolled the “Tiktik” horror franchise, is fielding “Seklusyon.”

These changes would hopefully lead to a renaissance and restore the MMFF to its former glory.

She expressed the hope that instead of sowing divisiveness, all these discussions and opinions would unite the industry and make a hit out of this year’s MMFF.

“If we want the audience to grow and develop, we have to initiate these reforms,” Paner said. “Change has come. And Filipino viewers are more than ready for something new.”