Rhian on what to do with a sexual harasser: Kick him in the nuts | Inquirer Entertainment

Rhian on what to do with a sexual harasser: Kick him in the nuts 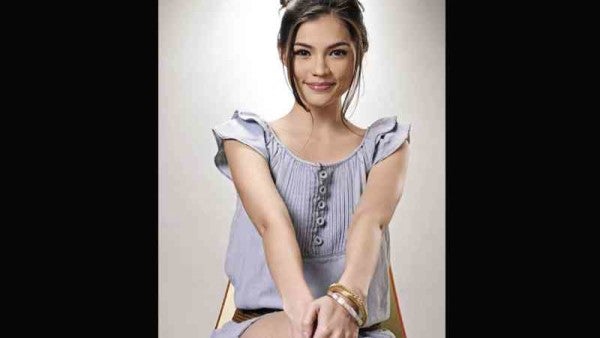 A few weeks ago, Rhian Ramos shocked her legion of followers on Instagram (@whianwamos) with her post about a stranger who made a pass at her twice in a bar. The guy showed no remorse and did a vanishing act.

Rhian is one classy lady. But she knows when she needs to be tough. If women just lick their own wounds, true healing won’t happen.

So on behalf of other women who choose to suffer in silence, Rhian speaks up.

“The guy who ‘harassed’ me and I were able to come…[to a] settlement and have nothing further to say to him.

“My purpose for posting about it on IG was not to speak about one incident only happening to me, but to speak of how common these incidents are. For women [who have been victims, too], it is completely normal that they question themselves after and wonder what they did to give off the vibe that they would allow this behavior. But the answer is, ‘nothing.’ They did nothing wrong. It doesn’t matter how they dress, how they move, how they look. It was not their fault that a man felt wrongly entitled to touch her. I suggest she kicks him in the nuts without a second thought.

“For men who like to do this and think it isn’t a big deal, I suggest that they question if they are in the right, because a day will come when someone is going to tase them, mace them, or hassle them hard. And as long they think they can continue to get away with it, I will strongly advise women to hassle these men so they remember that doing something wrong isn’t easy.”

Cris Villonco is earning raves for her portrayal of a lesbian in the stage musical, “Fun Home,” onstage (Nov. 26-27, 3-8 p.m.)  at RCBC Plaza, Makati. The musical is based on the graphic novel of the same title by Alison Bechdel, an American cartoonist. It is about Alison’s relationship with her father, a closet gay and owner of a funeral home, and how his secret affects the lives of the family.

The seasoned actress has done many difficult roles for stage and film. But she admits that being Alison is no walk in the park. To get into character, she interviewed lesbians.

“I asked them about their sexual awakening,” says Cris. She also worked out more often at the gym to get a “bulky” physique, “and to keep sane,” Cris adds. Perhaps the toughest condition the actress placed upon herself was distancing from her husband, Paolo Valderrama. When Cris got the part in “Fun Home,” she decided to move out of their condo for a while. Cris reveals, “I lived in the Villonco home in Makati for a while, so I could immerse myself in the character.”

Oh, the things actors do to give life to a role!

She hopes that the audience will not just see a story about lesbians and gays, but about relationships. “It’s about family dynamics, why our parents are the way they are. What matters in the end is that all of us are human.”

Her next project is the screen musical, “Ang Larawan,” which is based on the play, “Portrait of the Artist as Filipino” by National Artist for Literature Nick Joaquin. Cris has stepped out of her grandmother’s (Armida Siguion-Reyna) shadow and is shining her own light.