Three songwriters reflect on their most memorable compositions | Inquirer Entertainment

Three songwriters reflect on their most memorable compositions 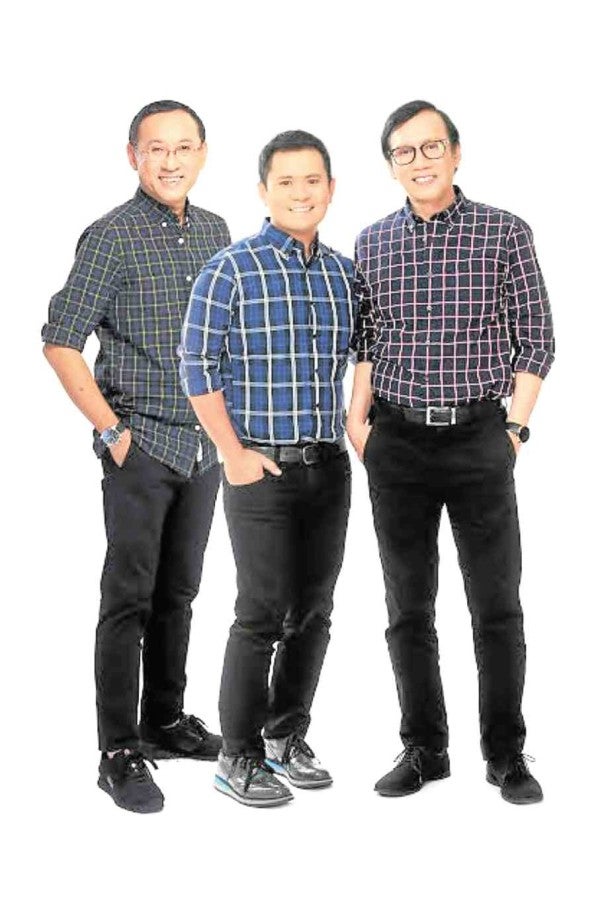 Throughout their respective careers, Rey Valera, Louie Ocampo and Ogie Alcasid have penned some of the most enduring Filipino hits—songs that, to this day, continue to be covered; songs that have become concert staples of many other local artists. In this forum, these three tunesmiths—who are set to headline a one-night concert, titled “Kanta Ko, Panahon N’yo,” on Dec. 2 at the Kia Theatre (call 9115555)—look back on some of their most memorable, most important compositions.

Excerpts from the Inquirer interview:

Rey Valera: Back then, composers receive mere centavos per album sold. So imagine how many copies of an album I have to sell for me to earn P1,000? And then teleseryes came into the picture. The good thing about your songs being used in one is that you’re given a lump sum.

And for “Pangako Sa ’Yo,” I got P300,000 every four months. The drama series ran for two years. Thus, I was able to have my house built. And the show was even remade recently! I didn’t earn that much during the height of the song’s popularity, because, like I’ve said, you get only a small portion from the sales.

I consider myself lucky, because other great composers who have already died, like George Canseco, didn’t really get to enjoy the fruits of their work.

Ogie Alcasid: Technically, my first hit was “Nandito Ako.” But I didn’t write that song. “Mahal Kita, Walang Iba,” I would say, was my first legitimate, ballad hit.  It was about well … a girlfriend, someone whom I’ve just gotten with. I was in college at that time. It didn’t take me long to write that song, because, when you’re inspired, you don’t have to think too much—you just write out your feelings. It’s tough to write something that you’re inventing, the emotions, the scenarios. But when the emotions are raw and real, it’s so much easier to write, the words just flow.

I wrote that song on a paper, like most of my other compositions. I always kept a notebook.

My next hit was “Ewan,” which was also one of the most financially strong or successful works, because it was used in several commercials. There’s also “Ikaw Lang ang Mamahalin,” which was turned into a teleserye and “Kahit Isang Saglit,” which became a movie and a soap.

But the most popular, I would assume, is “Tell Me,” which was written for an ex-girlfriend who promised “na may forever.” So, when we broke up, I  asked myself, “What did I do wrong? What did I do to make you change your mind?” The lyrics were words I literally said!

Read Next
It could be happening sooner than we think
EDITORS' PICK
South Korea reaches World Cup last 16 after late drama
House energy committee chair Arroyo bats for cheap electricity
Complete your early Christmas shopping with vivo V25 Series
Drop in COVID alertness could create deadly new variant – WHO
The vivo Y16 makes the season of giving more thoughtful for the whole family
DOH: No COVID surge despite strains, holidays
MOST READ
ONE: Geje Eustaquio absorbs first round KO
Ronaldo in spat with South Korean player during World Cup loss
Brandon Vera retires from MMA after loss at ONE 164
Not just a pretty face: Cho Gue-sung earns fame with heroics for Korea at World Cup
Don't miss out on the latest news and information.