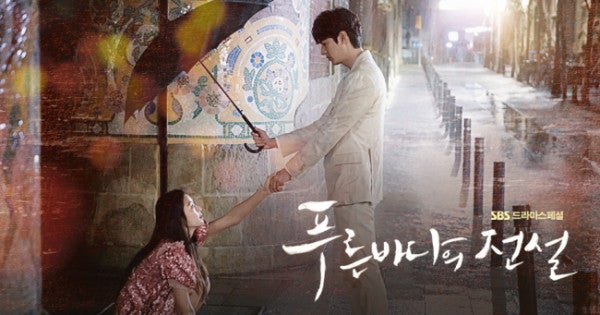 Legend of the Blue Sea promotional material from SBS

Korean drama “The Legend of the Blue Sea” premiered to a strong start last week, but despite its early success, it has been hit by a slew of plagiarism controversies.

Viewers of the show noticed uncanny similarities between the cinematography of the drama and the British TV series “Sherlock.”

In the drama, actor Lee Min-ho’s character plays a genius con man who is capable of noticing miniscule details that allow him to read and understand people.

This was a skill that was characteristic of the lead role in “Sherlock,” and it was shown through brief text overlays over different parts of a person’s body.

The drama is also facing accusations of plagiarizing the movie “Splash” (1984).

The similarities are not limited to the plot. Viewers also noted that actress Jun Ji-hyun’s character in the show closely resembled actress Daryl Hannah in “Splash,” including scenes where she learnt to speak, eat, socialize and read traffic signs.