‘No movie about it’? Here’s a list of martial law-related films | Inquirer Entertainment
Close
menu
search

‘No movie about it’? Here’s a list of martial law-related films

Defending his decision to allow the burial of deposed tyrant Ferdinand Marcos at the Libingan ng mga Bayani, President Rodrigo Duterte last Friday seemingly reduced the atrocities committed during the late dictator’s regime as mere “challenges and allegations of the other side.”

His justification? “There’s no study, no movie about it,” Duterte said.

“Me, I am just being legalistic about it. President Marcos was a President for so long, and he was a soldier. That’s about it,” the President said upon arriving in Peru for the Asia Pacific Economic Cooperation summit. “Whether or not he performed worse or better, there’s no study, no movie about it, just the challenges and allegations of the other side.”

READ: Duterte on Marcos burial: I’m just being legalistic about it

But contrary to the President’s claim, there are a number of films and documentaries that circle the struggles and human rights abuses during the Marcos dictatorship.

The Loyola Film Circle, film organization of the Ateneo de Manila University, came up with such list in response to Duterte’s remark, saying it is the responsibility of every Filipino to educate themselves so “we can ensure that the mistakes of the past are neither forgotten nor repeated.”

“To those in the streets, fighting for the preservation of our history and the rights of all Filipinos, thank you. You have our full support. To those who did not go out, there are other ways to support the protest. Consider it your duty to educate yourselves and promote awareness about Martial Law and the atrocities that took place under the reign of Ferdinand Marcos,” the organization wrote on Facebook.

“As a film organization, we encourage everyone to watch and share movies and documentaries exposing Ferdinand Marcos’ crimes against our country,” it added.

The secrecy-shrouded burial of Marcos at the heroes’ cemetery, which came 30 years after he was ousted in the historic Edsa People Power Revolution, took the nation by surprise and sparked protests in various parts of the country. In Manila, protesters led by millennials, including students from Ateneo, converged at the Edsa shrine.

Here’s the list of martial law-related films and documentaries by the Loyola Film Circle: 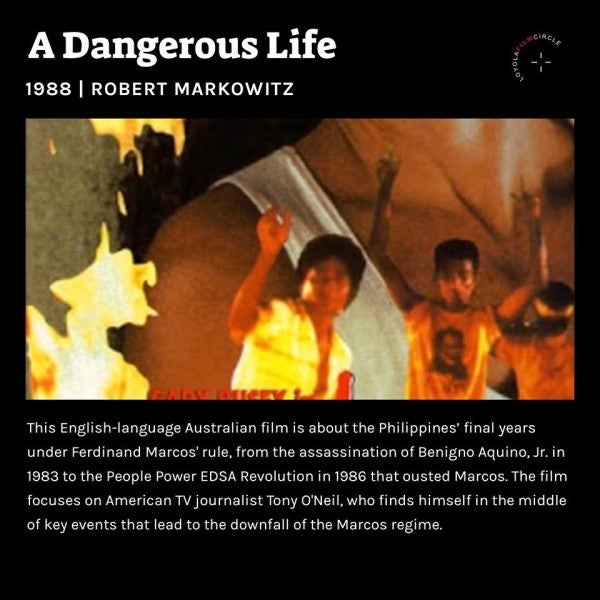 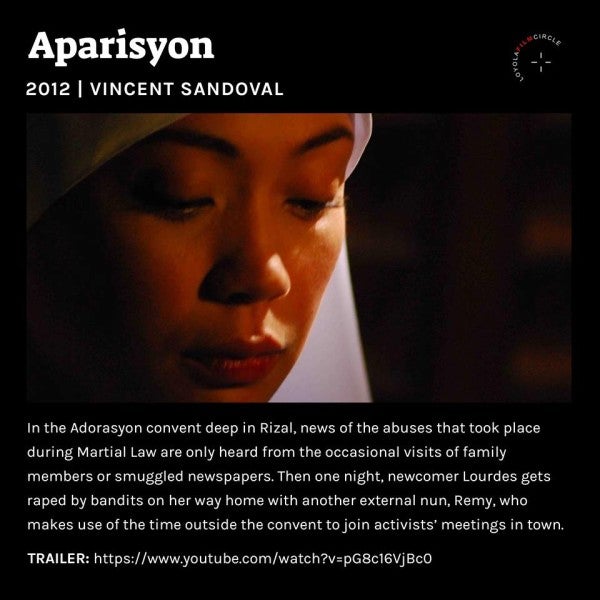 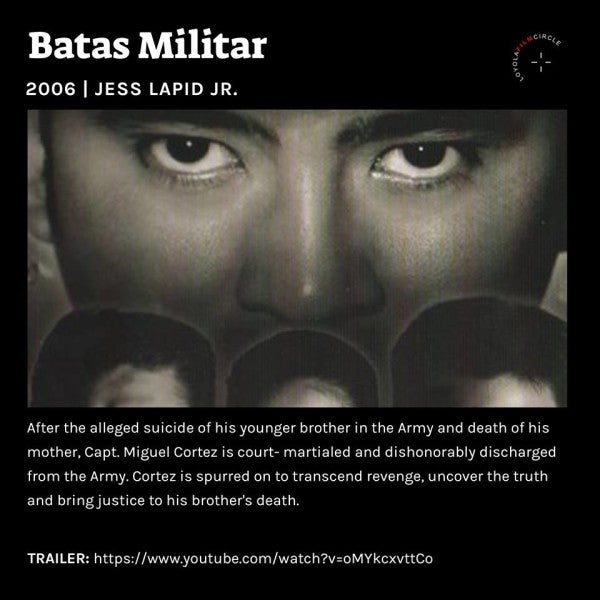 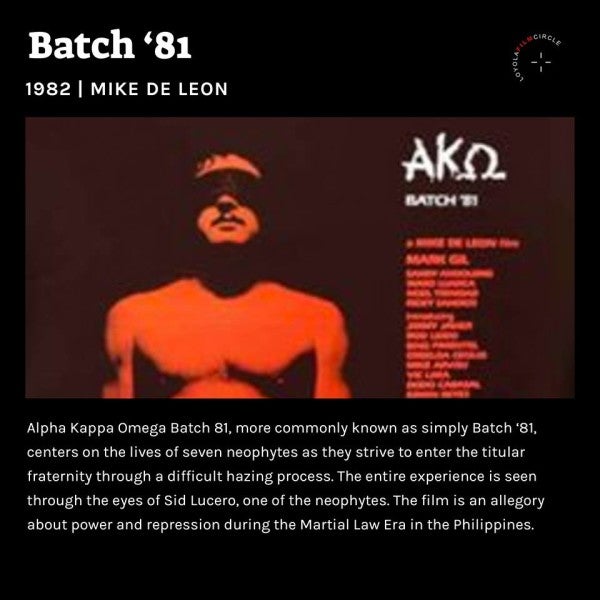 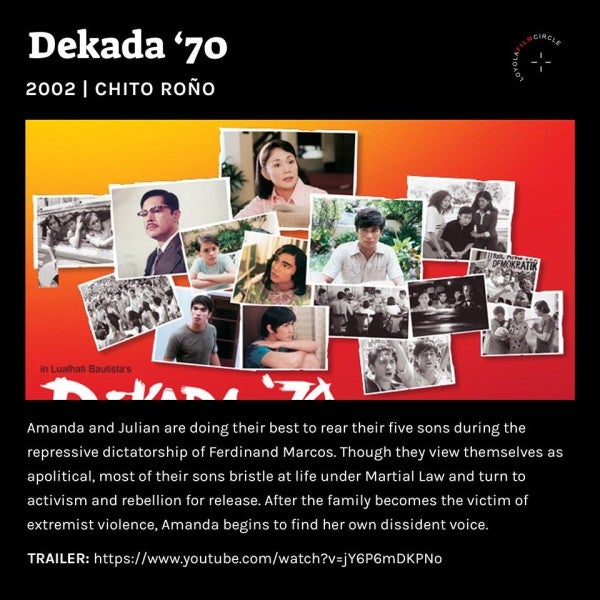 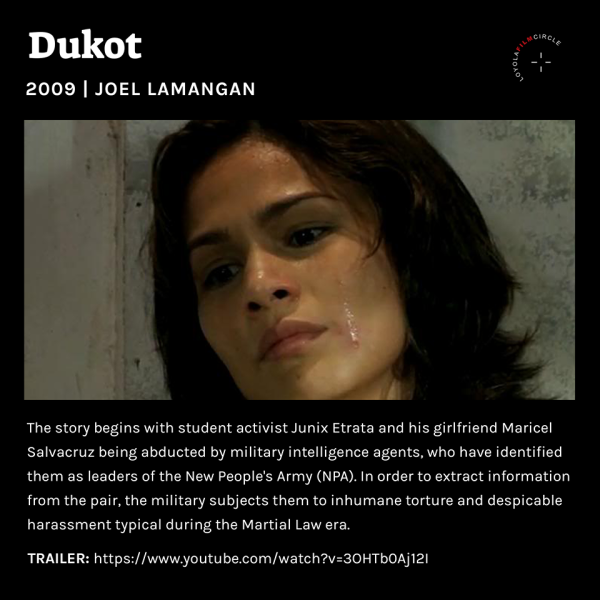 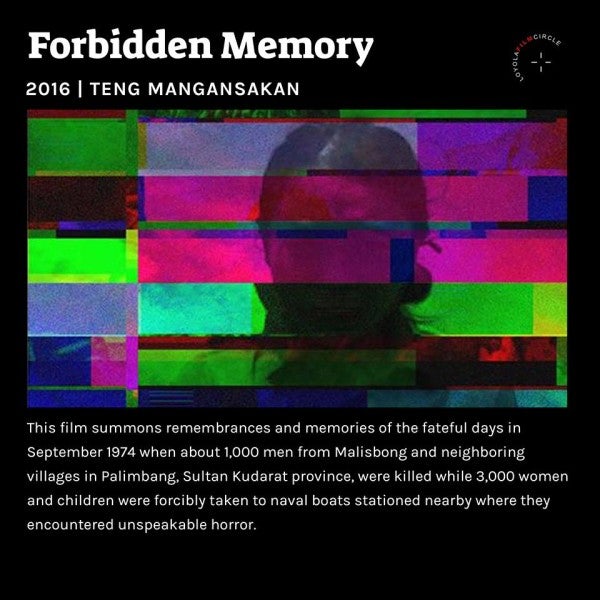 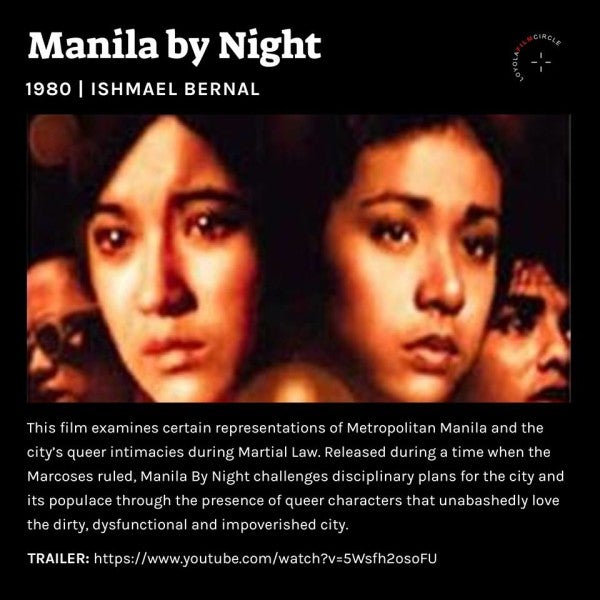 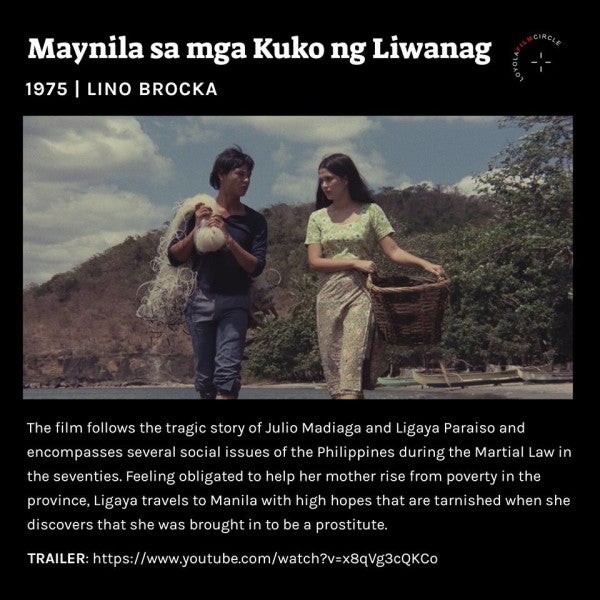 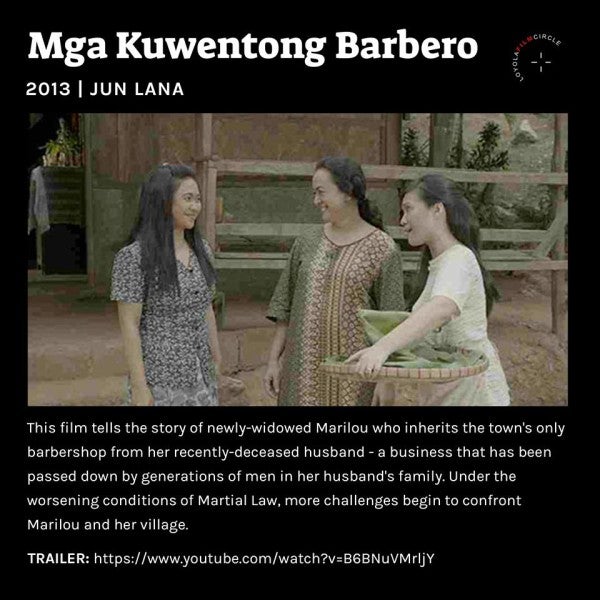 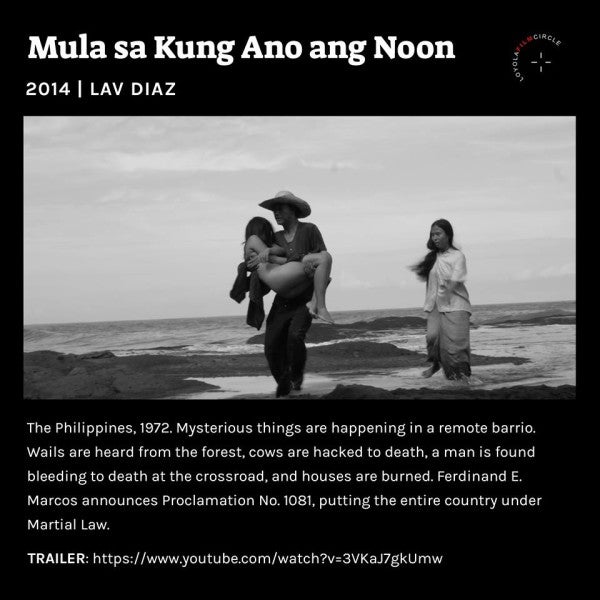 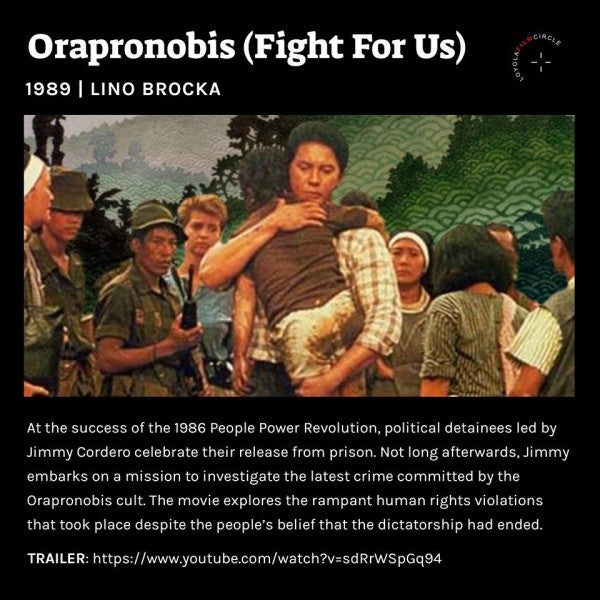 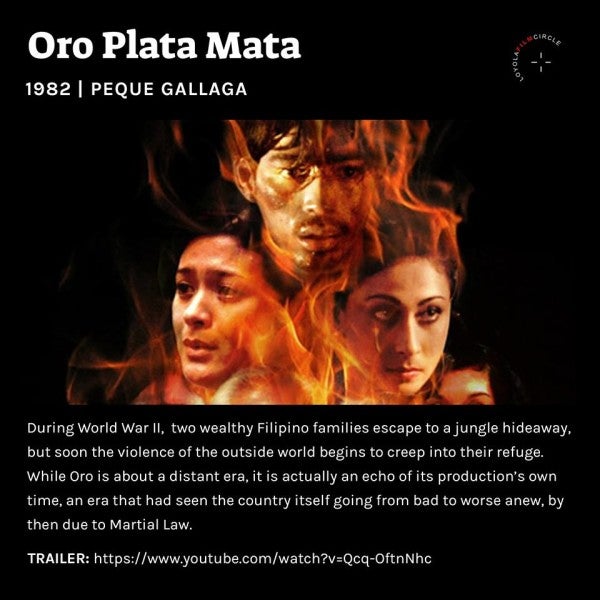 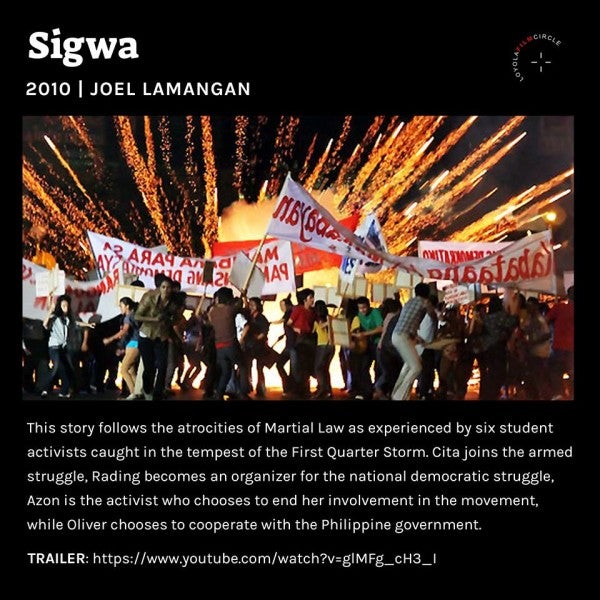 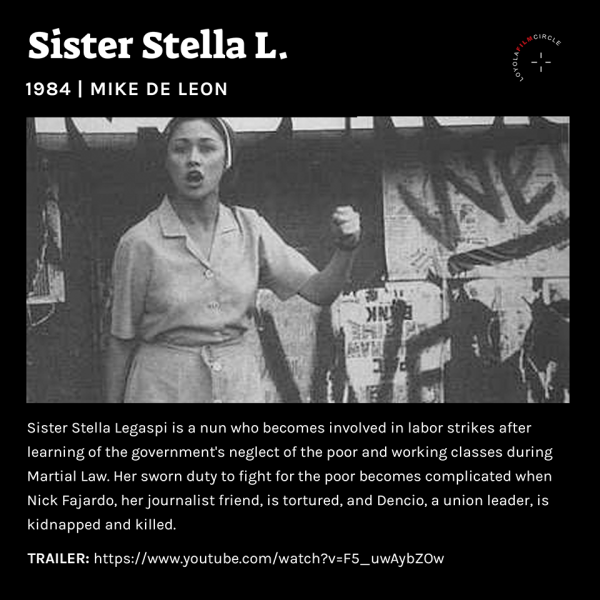 The Loyola Film Circle said they will be adding more films to the album in an effort to make the list more comprehensive. RAM

Read Next
Lotlot on Janine-Elmo breakup: I think she deserves more
EDITORS' PICK
‘Panic buying’ of vaccine feared may lead to oversupply, wastage
No sea row compromises in Sino vaccine talksː Galvez
New Year, New Rediscoveries
Is your company a growth champion? Stand up and be recognized!
Acer Philippines welcomes you to its first flagship store
16 new COVID-19 patients confirmed to be UK variant carriers — DOH
MOST READ
Ate Vi’s message to those against ABS-CBN’s franchise renewal
UST students protest dismissal of Grade 12 student
Of victims and saviors: Sex work amid the pandemic
OVP spokesman tells Mocha Uson: Don’t drag us into your nonsense
Follow @YGonzalesINQ on Twitter
Don't miss out on the latest news and information.