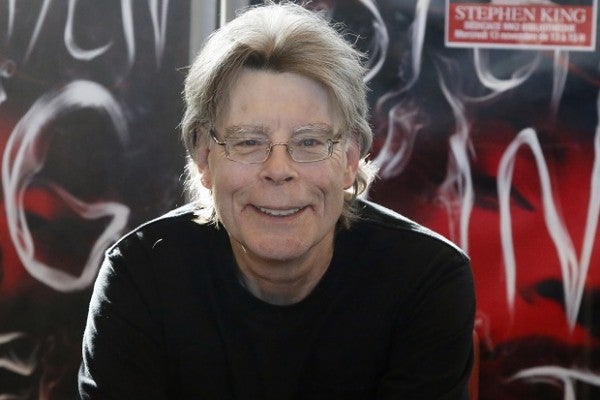 In this Nov. 13, 2013 file photo, author Stephen King poses for the cameras, during a promotional tour for his latest novel, ‘Doctor Sleep’, a sequel to ‘The Shining’, in Paris. King is one of several artists who will receive the National Medal of Arts from President Barack Obama at a White House ceremony. The president and first lady Michelle Obama will present the award Sept. 10, 2015 to King and 11 others. AP FILE PHOTO

BANGOR, Maine — The bitter defeat in the presidential race has many supporters of Democrat Hillary Clinton shell-shocked in Maine.

Among them is Stephen King.

King, the best-selling author, tweeted early Wednesday that he’s going offline, saying there will be “No more book recommendations, politics, or amusing dog pictures for the immediate future. I’m shutting down.”

Before the election, King criticized Republican Donald Trump, and on Election Day he described the presidential race as “the ugliest election in living memory.”