entertainment /
Did You Know? 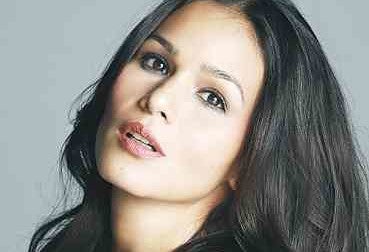 Iza Calzado is “proud and humbled” to be part of the jury of the 4th Hanoi International Film Festival, ongoing in Vietnam until Nov. 5.

“I am very excited, because this is my first time to attend an international film festival,” she told the Inquirer. “It’s a huge honor to be part of this jury. I am looking forward to exchange ideas with respected filmmakers and actors from all over the world.”

She joins a formidable lineup headed by jury chair, French filmmaker Regis Wargnier, who won an Oscar for best foreign language film for “Indochine” in 1992.

French actress and “Indochine” star Catherine Deneuve is expected to grace the fest as well.

Calzado was nominated to be part of the jury by the Film Asean, a regional group comprising of government and private organizations involved in film development initiatives. Organizers point out that Calzado’s participation “highlights the prominent role the Philippines plays in the development of the film industry in Southeast Asia.”

“My hope is that the Philippines will continue to garner acclaim for its contributions to world cinema,” Calzado said.

Read Next
No-show star banned by studio
EDITORS' PICK
SM continues to send relief assistance to remote towns in Batangas
Batangas execs, Taal evacuees thank House; hopeful on rehab efforts
‘A greener, cleaner tomorrow’: A how-to guide for Filipinos who want to help with today’s energy crisis
5 years after Mamasapano, son of fallen SAF 44 trooper remembers his ‘idol’
Get exciting deals and discounts when you download the new McDonald’s App
PAL: Passengers with flights to parts of China may request for refund, rebooking
MOST READ
Dina Bonnevie on Coney Reyes: We have forgiven each other
No time for revelry; Tagaytay instead plans for alert level 5
Megan Young, Mikael Daez get married
Taal’s sulfur dioxide emission increases
Don't miss out on the latest news and information.