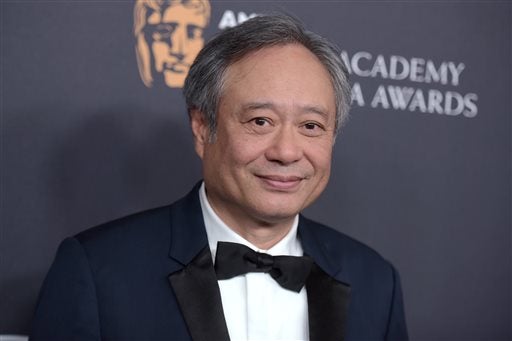 LOS ANGELES—Taiwanese-born filmmaker Ang Lee predicted Friday that the Chinese film market was about to explode, not only overtaking but dwarfing the American box office in a matter of years.

The two-time Oscar winner said executives in the world’s second economy used to rely on him as a bridge to Hollywood, but the newly-confident Chinese film industry no longer finds it necessary.

“It’s huge, it’s going to be bigger in a few years,” the 62-year-old told reporters on the red carpet at the glitzy BAFTA Britannia Awards in Beverly Hills.

“In a few years it’s probably going to be bigger (than the US) and then in the years to come a lot bigger. They’ve got many people and, most importantly, film has been lacking in the past in the culture so it’s still fresh.”

“People still want to see movies — they are not jaded yet.”

China’s movie market has exploded and PricewaterhouseCoopers projects its box office will rise from $4.3 billion in 2014 to $8.9 billion in 2019, outstripping the US.

Hollywood studios have been looking to capitalize on the burgeoning market through partnerships with Chinese companies.

Last month Wanda — which snapped up US movie theatre chain AMC in 2012 for $2.6 billion — announced it would invest in movies produced by Sony Pictures, its first deal with one of Hollywood’s so-called “Big Six” studios.

Lee was the first Asian ever to win an Oscar for directing, in 2006 for gay cowboy movie “Brokeback Mountain.” He went on to win again for 2012’s “Life of Pi.”

He was at the BAFTA LA ceremony — which celebrates the contribution of Hollywood talent and British entertainers — to receive the John Schlesinger Britannia Award for excellence in directing.

His war drama “Billy Lynn’s Long Halftime Walk,” starring Joe Alwyn, Kristen Stewart, Vin Diesel and Steve Martin, will be released in the US on November 11.

Lee described the film as a “social satire” and a “coming-of-age story of a young soldier realizing who he really is.”