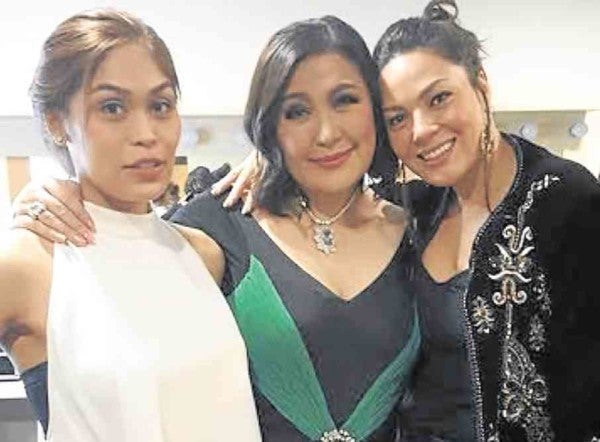 Megastar Sharon Cuneta had a surprise visitor last Saturday night. Before Sharon took the stage for the second night of her concert series at The Theatre of Solaire, daughter KC Concepcion dropped by her dressing room to introduce half-sister Garie Concepcion.

It was Sharon’s second time to meet Garie, who is ex-husband Gabby Concepcion’s daughter with Grace Ibuna. The first time was on the set of “Magandang Buhay.”

“We’re like the Kardashians,” Sharon joked about her extended and expanding clan. —BAYANI SAN DIEGO JR.