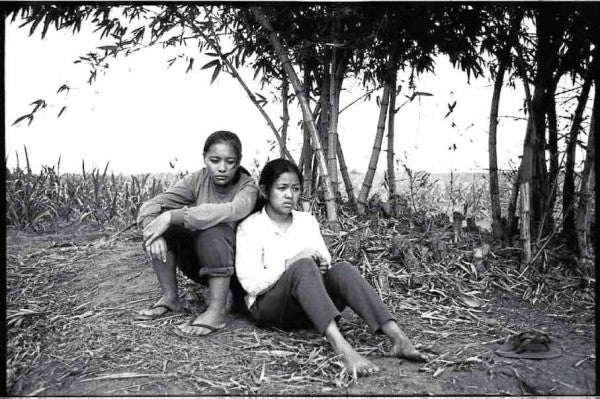 The “monumental” retro was launched this month with Diaz’s 10-hour  “Ebolusyon ng Isang Pamilyang Pilipino” (2004), hailed as “an intimate epic made with uncompromising and austere seriousness that patiently and methodically observes the collapse and hopeful revival of a poor farming clan.”

Diaz, who won this year the Golden Lion at the Venice fest (for “Ang Babaeng Humayo”) and the Silver Bear Alfred Bauer Prize at the Berlinale (for “Hele sa Hiwagang Hapis”), joins such masters as Stanley Kubrick, Orson Welles, Wong Kar-wai, Francis Ford Coppola, Hayao Miyazaki and Andrei Tarkovsky in the Mubi catalogue.

The site describes Diaz’s films as “sprawling sagas [depicting] the Philippines’ recent history and [its] beleaguered but strong-willed and passionate people.”

Mubi praises Diaz’s filmography as “epic in scope, but bracingly intimate and direct in style.”

Known for lengthy films that run for eight to 10 hours, Diaz “challenges notions of storytelling and how cinema gives images and sound to unseen stories and unheard voices.”

Next in the Mubi retro lineup is the nine-hour 2006 film “Heremias (Book One: The Legend of the Lizard Princess),” in which Diaz follows an ambulant vendor who is “beset by the corruption and troubles endemic to Philippine society.”

Third on the list is the eight-hour “Melancholia” (2008), a “meditation on the maddening persistence of sadness in the world,” as seen through the eyes of a prostitute, a pimp and a nun who roam the countryside.

A Diaz film will be made available to netizens every month during the yearlong, exclusive retro, according to Mubi.

The site says viewers, by watching the marathon movies at their own leisure, will have “the proper time to immerse” themselves in Diaz’s cinema.

Critic Michael Guarneri points out that “the crucial thing for Diaz, as a storyteller, is to bring to the screen the daily struggles of his fellow Filipinos.”

In a statement, Diaz says, “Mubi’s forum for cinema is really commendable. I see it as a movement that pushes cinema to greater boundaries. For a filmmaker, that provides an impetus, an encouragement that’s genuinely needed. I feel that I am part of that greater discourse.”

Formerly called The Auteurs, Mubi is a global film website that offers subscription video-on-demand, a database and a magazine called The Notebook. Dubbed an “online cinematheque,” Mubi is available in 200 territories worldwide.

Diaz tells the Inquirer, “Film scholars, critics and experts are behind Mubi. They are very responsible in choosing, curating and programming the films in their catalogue. In the world wide web, Mubi is the best film forum right now.”