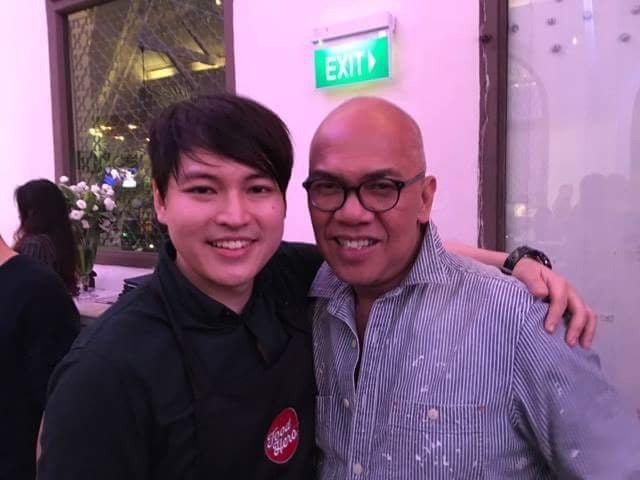 As part of the prize, Chef Anton becomes a new host for several programs shown on Asian Food Channel (AFC) and The Food Network channel.

Chef Anton’s Cheesy Lamb Rack Kaldereta bested the entries of three other finalists from other Southeast Asian countries. The prize also comes with US$5,500 worth of travel vouchers.

Chef Anton was chosen as one of the finalists when he presented videos of his signature Filipino dishes “Tinola” and “Fried Chicken Adobo sa Gata”.

“Tinola” is a special dish for him because it is what his grandmother cooked for him whenever he was sick. He called it his recovery soup. He considers his grandmother his “food hero.”

In earlier interviews, he said his constant exposure to his grandmother’s cooking started his love affair with food. He said he was around seven or eight years old when his grandmother exposed him to cooking by tagging him along in the kitchen.

Winning the grand prize in the Singapore tilt, chef Anton said for sure his grandmother is truly proud of him.

Chef Anton is an only child. Whenever his parents were away, his grandmother, aunts and uncles took over in taking care of him. Unlike other kids, Chef Anton preferred to stay at home. 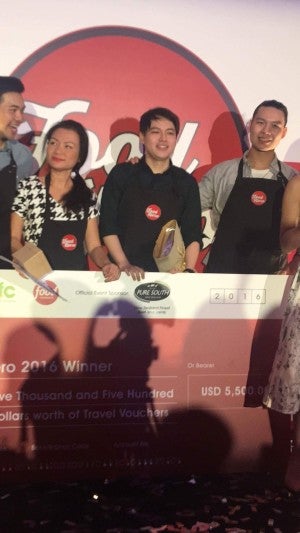 From his mother, he said he learned two rules in the kitchen. One is if “you like to cook; you cook, but don’t mess it up.” Second was, “You make mistakes; you live with it and do better.”

He said as a chef, he believes that he needs to constantly improve himself and be better. “Learning is constant,” he says. “You always need to improve yourself constantly or you get dull.”

Chef Anton is a graduate of the Center for Culinary Arts in Quezon City. Prior to that, he took two-year music production course at the De La Salle-College of St. Benilde.

During the competition proper and the awarding ceremonies on Thursday night, chef Anton was cheered on by TV personality Boy Abunda, president and chief executive officer of Asian Artists Agency.

Loss after loss: Locked down restaurants pushed to brink of collapse