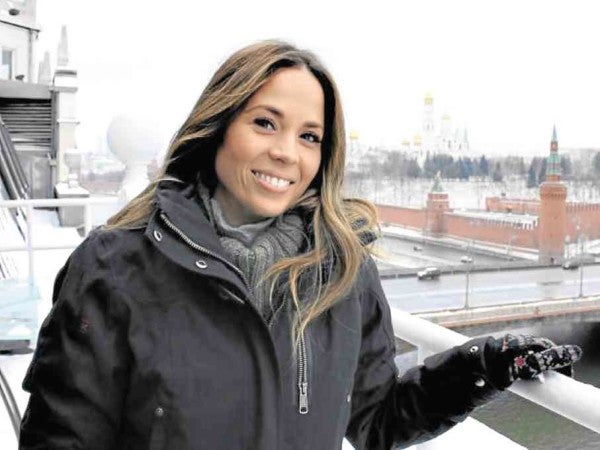 The most unexpectedly fun and “trending” viewing experience we’ve had this month is the Travel Channel’s “Planet Primetime,” which we watched locally on replay on FYI last Oct. 4.

Hosted by Karla Cavalli, the unique reality show is a should-see treat, because it flies high on the current popularity of reality TV production, so it’s very “now” in pertinence and significance.

The reality TV phenomenon says a lot about how TV producers think we have become, which is why they are confident about being able to punch the right “buttons” on our collective psyches to make us slavishly view their shows when and how they want.

Even better, Cavalli doesn’t just come up with a survey of weird and wild reality productions all over the telecasting world, she also gamely participates in them, sometimes even speaking in the language of whichever country she happens to be in. Such adaptability and versatility!

The telecast we viewed had Karla curiously and fearlessly sampling the reality attractions on Colombian television, including joining a beauty pageant, performing in a local stand-up comedy showcase, and being part of a telenovela taping session.

She gave each unfamiliar experience her all, and impressed viewers with her penchant for “changing colors” as swiftly as a giant squid or chameleon.

Local TV babes should watch her in full, versatile froth—and turn green with envy, and blush in shame at their predictability and blandness.

In another amazing reality TV experience we were able to view, Cavalli even joined a poetry competition on Abu Dhabi Television. It was both a surprise and delight to learn that the cultural offering draws millions of viewers on a regular

Expectedly, Cavalli fared well on the unique literary showcase—is there any challenge she can’t measure up to?

We’re looking forward to her experiences on Philippine TV, which have already been taped and await airing on “Planet Primetime”—soonest, we hope.

A trailer blurb shares: “She visits a daytime talk show, plays a part in a sitcom and performs a stunt on an “extreme challenge” show (She climbs up a coconut tree!)

What makes Karla Cavalli such a versatile and winningly gung-ho program host? A peek into her career bio reveals that she’s been a host, actress, writer and producer on different shows on E!, NBC, CBS and the Style Network.

She’s also an experienced fashion and image stylist to some A-list luminaries, so she obviously knows how to go with the stellar flow.

Now that she’s a TV star in her own right, Karla is reaping the fruits of her multifarious show biz and media involvements, and has found the perfect showcase for her own abilities and aptitudes in “Planet Primetime.”

Indeed, she and the show are so copacetic together that they’re clearly—meant for each other!