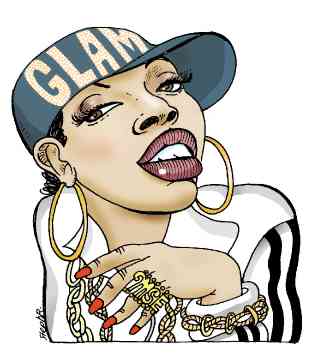 Have you noticed? Quite a number of our show biz stars aren’t satisfied with just being luminaries, they have to have titles to “distinguish” them and make them stand out—like “crowned” members of show biz royalty!

You know the drill: We have our movie queens and kings, princes and princesses—and, more specifically, our Superstar (Nora Aunor), Megastar (Sharon Cuneta), Diamond Star (Maricel Soriano), Star for All Seasons (Vilma Santos)—etc.

Why all this fuss and bother about ersatz royalty and distinction? It all began, as “colonially usual,” in Hollywood where “honorifics” were first attached to some stars’ names to enable them to stand out from the madding stellar crowd.

The music scene was quick to follow suit, with popular musicians being given titles—like Duke Ellington and Count Basie.

More: Aretha Franklin was crowned “Queen of Soul,” Michael Jackson became “King of Pop,” Joan Baez was “Queen of Folk,” Harry Belafonte was “King of Calypso,” Ray Charles was “The High Priest of Soul,” Cher was the “Goddess of Pop,” Tommy Dorsey was “Sentimental Gentleman of Swing”—!

That takes us to the unusual and even bizarre part of our “titular” travels, with self-styled royalty dubbers going really far out to make otherwise unremarkable performers look and sound unique. Like, would you believe, Neil Diamond being hailed as “The Jewish Elvis,” Dick Dale being dubbed as “The King of Surf Guitar,”  Rocio Durcal as “Queen of Ranchera,” Nokie Edwards as “King of Guitars,” Andrew Eldritch as “Godfather of Goth,” Missy Elliott as “Puff Mommy,” Brenda Fassie as “The Black Madonna,” Amy Grant as “Queen of Christian Pop, ” Nina Hagem as “Godmother of Punk,” Kohmi Hirose as “Queen of Winter,” Samuel Hui as “God of Songs”—!

More: Blind Lemon Jefferson as “Father of the Texas Blues,” Cui Jian as “Grandfather of Chinese Rock,” Khanh Ly as “Barefoot Queen,” Joseph Koo as “Godfather of Cantopop,” Patti LaBelle as “High Priestess of Good Vibrations,” James Last as “Last King of Easy Listening,” Toby Love as “King of Crunkchata,” Madonna as “Queen of Reinvention,” Mighty Sparrow as “Calypso King of the World,” Jim Morrison as “King of Orgasmic Rock,” Zeki Muren as “Sun of Art,” Thanh Nga as “Queen of Renovated Vietnamese Opera,” Onyeka Onwenu as  “Elegant Stallion,” Orelsan as “The French Eminem,” Ozzy Osbourne as “Godfather of Heavy Metal,” Jay Park as “Fresh Prince of Seoul,” Luciano Pavarotti as “King of the High C’s,” Psy as “King of YouTube,” Johnny Ray as “Prince of Wails,” Jenni Rivera as the “The Diva of Banda,” Ross Robinson as “Godfather of Nu Metal.”

Finally: Chuck Schuldiner as “Father of Death Metal,” Shakira as “Queen of the World Cup,” Frank Sinatra as “The Chairman of the Board,” Barbra Streisand as “Diva of the Divas,” Yma Sumac as “Queen of Exotica,” Justin Timberlake as “President of Pop,” Hikaru Utaka as “Diva of Heisei Period,” Paul Weller as “Modfather,” Marijohn W ilkin as “The Den Mother of Music Row,” Faye Wong as “Heavenly Queen” and Todd Rundgren as “God!”