Actors should focus on their craft, not vices | Inquirer Entertainment
Close
menu
search

Actors should focus on their craft, not vices 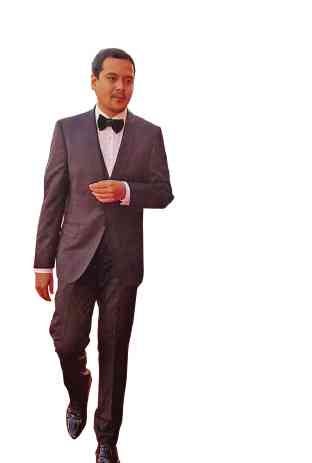 Marlyn Lopez, OFW: “The recent incident involving Mark Anthony Fernandez is very sad. Celebrities are supposed to set good examples to their fans and it’s such a shame if they get themselves into trouble. I hope it becomes a lesson to other celebrities to clean up their acts and be more focused on their craft, rather than get themselves hooked on dangerous vices.”

Lyn Baga, office employee: “I admire John Lloyd Cruz’s choices of film roles, notably in his award-winning turn in Erik Matti’s ‘Honor Thy Father’ and in his critically acclaimed transgender role in Lav Diaz’s ‘Ang Babaeng Humayo.’ He is one actor who dares to experiment—playing roles that are not mainstream staples. It also helps that he is being handled by some of the country’s best directors.

“As a result, he is successful in his transition from mainstream to independent film making.”

James Nochefranca, student: “Charice is still very much around after all on account of reports that she has just released an album and the good news is, she wrote and composed the music in most, if not all of the songs.

“There’s no denying that Charice is still one of the country’s best singers despite her veering away from the birit style of singing she has been popularly known for. Her latest album reportedly will highlight her rocker side. Now, that’s exciting.”

Read Next
Triumph for Charo Santos
EDITORS' PICK
PH importing sugar after all: Marcos okays 150,000 MT
Supply of white onions gone since July, growers say
Bakers’ turn: P4 hike on bread prices sought
What to watch out for when selecting a video surveillance solution
vivo brings to the Philippines a powerful smartphone with a slimmer body, the vivo Y02s for only PHP 6,499
House energy committee chair Arroyo bats for cheap electricity
MOST READ
LOOK: Miel Pangilinan dazzles in glittery pre-debut shoot
DepEd to give teachers P5K cash allowance within first week of classes
Suspect in rape-slay of teenaged biker arrested in Camarines Sur
Mayor bares issues vs closed QC school
Don't miss out on the latest news and information.