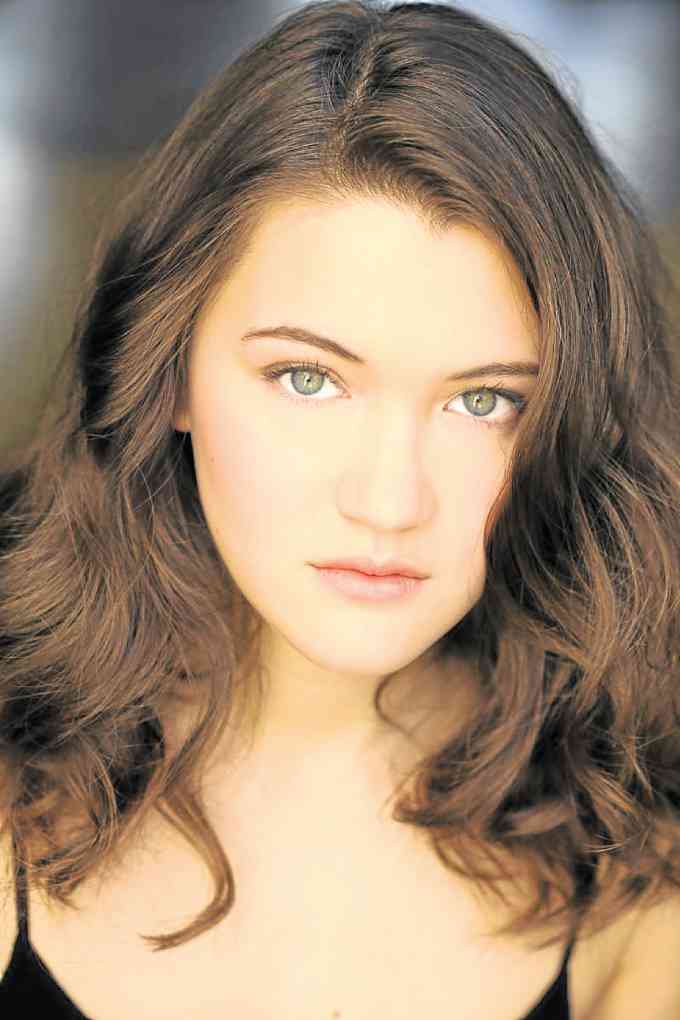 Los Angeles—Jon Jon Briones’ daughter, Isa Briones, who is only 17 and in senior high school, is earning raves in her professional musical theater debut.

As Natalie, the daughter in “Next to Normal”—the Tony and Pulitzer Prize-winning rock musical at The Pico Playhouse in Los Angeles, Isa is being called “impressive” (by Los Angeles Times), “superb” (by Tin Pan LA) and “terrific” (by Culture Spot LA).

OnStage LA’s Erin Conley wrote: “Isa Briones… was simply sensational as Natalie, nailing the emotional arc of her character while singing songs such as ‘Superboy and the Invisible Girl’ with a beautiful, crystal clear voice.”

It all seems a natural progression for Isa, whose mom, Megan Briones, is also an actress. Lea Salonga, who inspires the teen, met Isa when she was only 1 1/2 years old.

That was when Isa lived in the Philippines for about a year when her dad was performing in the Manila production of “Miss Saigon.” Isa returned with her family for a visit when she was 7.

At 4, Isa began modeling. When she was 7 and her family moved to LA, she started her acting career, with credits that so far include playing Matt Dillon’s daughter in “Takers,” TV shows and stage productions. Isa portrayed Susan, the daughter to her mom, Megan, in a production of “Miracle on 34th Street.”

Isa previously attended the Los Angeles County High School for the Performing Arts, where she double majored in theater and musical theater.

When Jon Jon took on The Engineer role in the musical’s revival in London, where Isa was born, she decided to be home-schooled so she could supplement her education with acting, Shakespeare and musical theater workshops.

With “Next to Normal” ending its run this weekend, Isa will next play the Mistress in the Cabrillo Music Theater production of “Evita” at the Thousand Oaks Civic Arts Plaza in Thousand Oaks, California. It runs from Oct. 14 to 23.

Were you surprised at the acclaim that your performance in “Next to Normal” is getting?

I am so glad that viewers are enjoying the show. As for the good reviews, that’s just icing on the cake.

Some actors wait for many years before they earn this kind of critical acclaim and yet here you are, a high school senior, only 17.

It’s almost unreal getting to do exactly what I want to do at this age. It’s an amazing feeling to get to do “Next to Normal,” one of my favorite shows, and a dream role.

What’s it like to grow up in a household where each one in the family is an actor?

It’s like having one-on-one coaching 24/7, as well as the emotional support that you need in this business.

How do you support each other through rejection? Are egos and artistic temperaments understood much better in your household?

Being a part of the business since I was little and seeing my parents in it my whole life has shown me and my brother that we don’t need to think about not getting the job as rejection.

We don’t get away with having big egos in our house.

In what ways does the Filipino side in your heritage show up in you?

I am family-oriented, which is definitely a Filipino trait.

Matt Dillon played your dad in “Takers.” Jeremy Renner portrayed [your younger brother] Teo’s dad in “Wind River.” Did you and Teo compare notes about your respective experiences?

We always talk about our day when we’re working or performing.

How many times have you seen “Miss Saigon”? Have you memorized your dad’s songs and lines?

I have no idea—way too many to count! I know the whole show by heart. I could sing it for you word for word perfectly right now.

What is proving to be the most valuable nuggets of wisdom from your parents that have resonated with you?

As far as acting, my dad always says, “Trust your stuff and have fun!” Since my mom was my voice teacher for many years and coaches me and my brother in acting, as well, she tends to give me more technical advice.

As for life wisdom, they always tell me to try my best, not compare myself to others, because there is only one me—and stay humble.

What has been your most vivid or memorable image of your dad and mom as individual performers?

There are too many professional performances to name, but I like it when my parents just sing at home, which they do all the time, and I have “VIP” seating.

Who among the many personalities you have met thrilled you the most?

Of course, there is Lea Salonga. She is very inspiring as a performer and a lovely person.

Recently, I met Ruthie Henshall after watching her in “Billy Elliot” in London.  I have always thought of her as a star and admired her work.

What are you excited about on being in the musical “Evita”?

It is a musical that I love, and the Mistress is a great role.

What is the one stage role that you can’t wait to play?

Let’s just say anything that Lin-Manuel Miranda has written for women—Nina in “In the Heights” and Eliza from “Hamilton.”