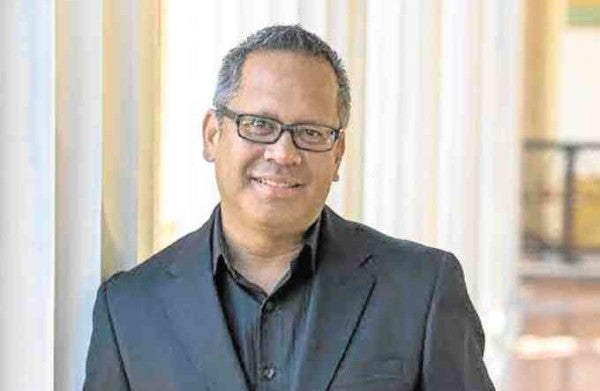 Playwrights Arena is described as “the only theater dedicated to discovering, nurturing and producing original works written exclusively by Los Angeles playwrights.”

Jon, a respected director in the LA theater scene, said that the play “is about a brother and sister who are forced to return to the Philippines (to the island of Palawan) to scatter the ashes of their recently deceased father. There is trouble between the siblings, but an obligation is an obligation.

“They end up taking shelter during a storm in the café across the airport, where they meet Jenry (Alberto Isaac) and his granddaughter, Leelee (Maria Lingbanan). We discover in the course of the play that Leelee is an aswang. And that one of the visiting siblings, Farrah (Ellen D. Williams), is also an aswang. (Jason Rogel plays Bosley, the other sibling.)

“Will Farrah use her supernatural powers for good or evil? Will the brother and sister ever find peace and harmony?”

Boni explained, “The sibling’s relationship has always been a strained one. So I’m using the aswang folklore as a way to heighten their dynamics—examining ‘good’ and ‘evil’ and how those emotions and attributes are not only human but mythical.”

The playwright himself believes that the aswang exists. “I’ve met at least one,” Boni claimed. “The first time I went to the Philippines, my father took me to the aswang who lived across the road from my grandmother to introduce me to her (in Culasi, Antique). It was basically a way of being neighborly and showing respect so she wouldn’t curse me or something.”

“I’ve always been fascinated by the idea of aswang,” he added. “My parents are from Antique in the Visayas, where I gather there are a lot of aswang and aswang activity. Hearing about these stories as a child, it was scary, but also very interesting that someone so familiar as a relative could be an aswang. I guess the way I imagined them, they were painted as regular people in the community who happened to have mythical powers.”

The aswang mythology was ingrained in Boni from childhood. “All the adults would use the threat of aswang as a scare tactic—‘You better behave or the aswang will get you.’ Also, there was always a lot of gossip as to which relatives and acquaintances were supposedly an aswang.

Boni noted the contradictions in Filipino culture. “In a good way, I think,” he stressed. “It’s interesting to me how a culture that is largely Roman Catholic can believe so faithfully in the aswang mythology.  Also, to be pretty accepting of homosexuality.  In the play, I examine these seemingly opposing points of view.”

On working with Jon for the third time, Boni pointed out, “We’ve been working together for almost 10 years now, so there’s great respect and trust between us.  Being Filipino, he understands the culture, so of course that’s helpful. We know each other’s process, so communication is pretty fluid.” 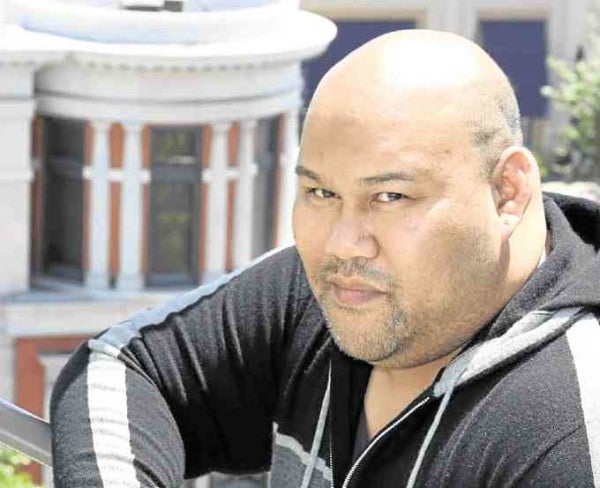 Jon spoke highly of Boni, considering him a growing voice of the Filipino-American experience. “Boni is on the cusp of becoming nationally recognized, because he has a unique voice and a poetic landscape that resonates truthfully and authentically. His plays always include strong Filipino characters who anchor his stories. He will be regarded in the near future as our generation’s Jessica Hagedorn or the Filipino August Wilson.”

Jon elaborated on why he picked “Bloodletting” to direct and produce for Playwrights’ Arena with Jonathan Muñoz-Proulx. “As a Filipino-American director, I am drawn to characters that resonate to my immigrant life. Stories of displacement, acceptance, perseverance, triumph and sorrow. Boni writes with a lens that captures many of these things.

“But his gift is that the themes come at you in surprising ways, when you least expect it. His artistry is that he leads you to a path you think you know well… and without warning, he’ll shift it and make you think differently. He is a master storyteller.”

“The interesting thing about those four amazing actors in ‘Bloodletting’ is that they’re all professional, working actors,” he began. “It’s very rare to work on a play written by a Filipino-American playwright and performed by an all-Filipino cast. Boni and I were committed to casting the play that will give an authentic feel, especially since it is entirely set in Palawan.

“The challenge is these actors, who are at the top of their game, are constantly working in film and television. So it makes rehearsals a bit more fluid to accommodate their various schedules.”

More information on “Bloodletting” at www.bloodlettingplay.brownpapertickets.com.