All about fame and fortune for the Kardashians 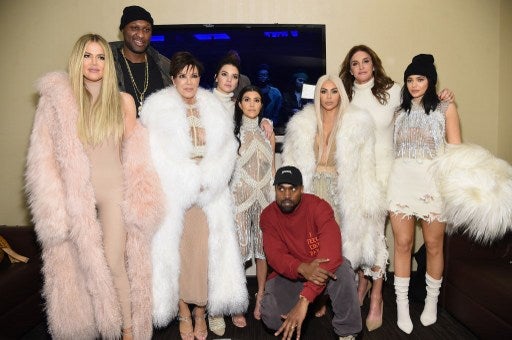 LOS ANGELES—From reality TV, to cosmetics, video games, clothing lines and paid appearances, the Kardashians have built an empire estimated at more than $100 million, thanks to savvy marketing and social media.

The famous family was in the headlines on Monday after Kim Kardashian — the 35-year-old diva of the Kardashian sisters and wife of rapper Kanye West — was robbed at gunpoint in Paris by thieves who made off with millions of dollars worth of jewelry.

The heist cast the spotlight on the wealth of the Kardashian/Jenner clan, masters at monetizing their fame who grab every business opportunity that comes their way — from a sex tape to a mobile app.

On any given day, one member of the family is likely to feature on a magazine cover, in celebrity gossip sheets or send social media buzzing, with all this attention keeping the cash flow going.

Their sensational reality TV show “Keeping Up With the Kardashians,” which follows the trials and tribulations of the family, is currently in its 12th season.

The family is reportedly paid $25 million a season for the show that drives their other businesses.

“They are all masters at branding, especially Kim and her mother Kris Jenner,” said Christine Kirk, CEO of Social Muse Communications, a social media marketing and public relations firm.

‘From joke to entrepreneur’

“Kim has taken herself from a sort of joke, if you will, into an entrepreneur and business woman, branching out into fashion lines and technology.

“She’s kind of the queen of social media.”

Some 40 percent of her yearly paycheck came from a video game, “Kim Kardashian: Hollywood,” according to Forbes.

The reality TV star who has 84 million Instagram followers reportedly can also command six figures for making an appearance and has earned huge sums from endorsement deals including perfume, lollipops and weight-loss pills.

She has also cashed in on a book of selfies entitled “Selfish” and with her sisters has launched the DASH clothing store.

Kim first came to public notice thanks to a notorious leaked sex tape with her former boyfriend, singer Ray J. She sued the company that released the tape and settled for a reported $5 million.

The Kardashian family’s initial fortune can be traced back to Kim’s late father Robert Kardashian, a high-powered entertainment lawyer who was part of O.J. Simpson’s defense teams during his murder trial.

Kardashian reportedly left his family a $100 million estate in trust.

Kim’s mother, Kris Jenner, married athlete Bruce Jenner (now known as Caitlyn) after her divorce from Kardashian and the couple had two girls together — Kendall and Kylie.

Kris and Bruce Jenner ended their 23-year marriage in 2014.

Kris Jenner has been credited with handling much of the family’s lucrative business and endorsement deals and her daughters have closely followed in her footsteps, milking every opportunity for all it’s worth.

“Kris Jenner is managing all of them, she’s sort of the mastermind behind all this,” Kirk told Agence France-Presse. “But Kim certainly has a lot of control over her brand and her business.”

According to various reports, the Kardashians are even paid to tweet — Kim allegedly can get up to $10,000 per tweet — and the sisters can pull in six-figure sums for sponsored posts on Instagram.

But while Kim today can claim to be the queen of social media — posting everything from pictures of her two children with West to her bare backside — her half-sister Kendall Jenner is quickly catching up and setting up her own social media kingdom.

And while reports of the family’s every move has led to Kardashian fatigue across the country, Kirk says they will continue bringing in the cash, at least for the foreseeable future.

“If they keep doing what they are doing and if Kim continues making smart decision, they’ll continue to stay relevant,” she said.