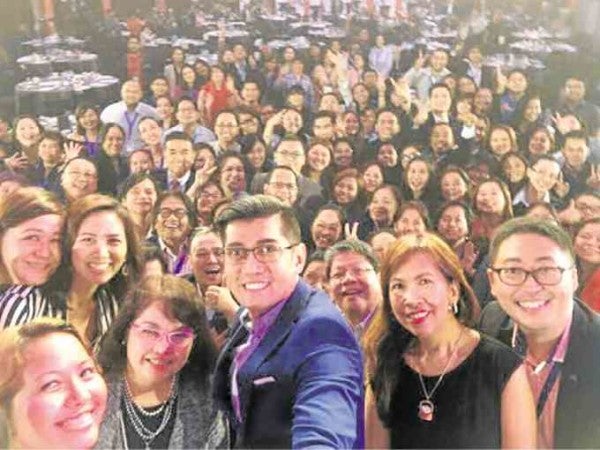 GERONIMO (foreground) takes a selfie with the PR congress’ participants.

With the theme #GlobalSpeak, the congress held at the Marriott Hotel was a tremendous success. The Spirit of ’67 band serenaded congress participants, who were also treated to a preview of the stage musical, “Annie.”

During the PR congress, it was interesting to note that the world of public relations has gone digital in its thrust to go global. As former PRSP president Bong Osorio aptly noted, “Going global may be daunting, but achievable!”