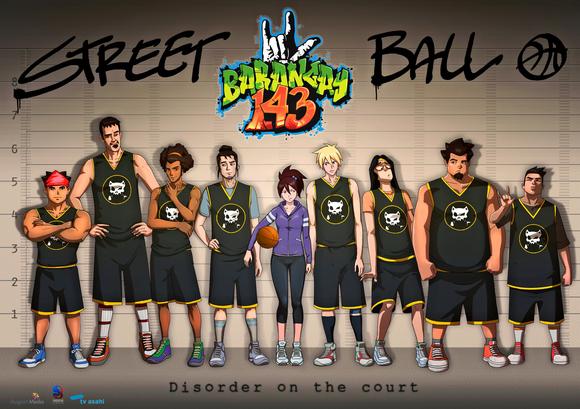 Basketball is the most loved sport in the Philippines. So it doesn’t come as a surprise when a Japanese TV network decided to make an anime for the Philippines and have it revolve around this sport.

The anime is entitled “Barangay 143” and will be produced by television network TV Asahi in collaboration with Philippine animation and game development studio Synergy88, reports Anime News Network.

Character design and direction will be handled by TV Asahi while Synergy88 is to take care of script writing and overall production. The show will tell the story of basketball players from Barangay 143 in Manila. A “barangay” is a clustered community that stands as an administrative unit within a city or town.

TV Asahi has aired some well-known anime in the past produced by Toei Animation Studio, which is owned  by the TV company. These include Slam Dunk, Crayon Shin-chan, Space Pirate Captain Harlock, Doraemon and Yu-Gi-Oh.

Synergy88 is an animation and game development studio that has produced mobile games Catch the Guava and Barangay Basketball for Android and iOS. The studio is also currently running a campaign at the Square-Enix Collective for a game called Spellstrike.

Barangay 143 is scheduled to air sometime in 2017 and will have a “prime-time” schedule. The show may later be taken to other Southeast Asian markets after it premieres in Japan.  Alfred Bayle