From The Vault: 'Self Esteem' by The Offspring | Inquirer Entertainment
Close
menu
search

From The Vault: ‘Self Esteem’ by The Offspring 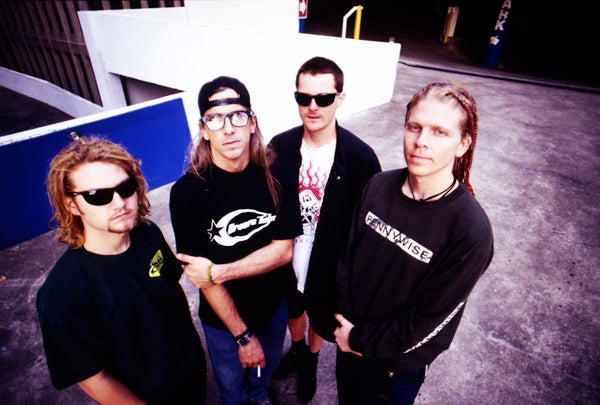 So many great songs from the past are sadly no longer remembered today. Yet when these songs were first released, they made an impact so huge that it immediately catapulted the artist to international fame and worldwide popularity.

These are the kind of songs that go beyond being a regional hit or a “one hit wonder” but more significantly, a particular song would so greatly benefit the artists that they would become household names. And because of a said song, they would also achieve the much needed crossover appeal.

The primary goal of my newest subsection which I have entitled “From The Vault” is to recall and remember these songs from the past and bring them back to light. For the current generation, the youth now, and of course my fellow music aficionados, regardless of what age group you come from, join me as I “travel back in time” … in unearthing songs that made waves in the music industry.

My first song to dust off from the long and rich history of popular music is “Self Esteem” by The Offspring.

Brief historical background of The Offspring

The Offspring has been active since the early 80’s. The Offspring were an integral part of a punk resurgence that was taking place specifically in California back in their day. The Offspring’s signature style of punk rock music were more fun, fast paced, and energetic in nature. They were musically influenced by legendary punk rock bands like The Ramones which were the band members’ music heroes. After constant gigging and performing any where they possibly could, The Offspring would build a cult following in their area which following spread to the rest of the United States over the next succeeding years. Great things, indeed, were in store for The Offspring.

Then it happened… in 1994 under the independent label Epitaph Records, The Offspring would release their third album called ‘Smash’. This was a ground breaking album for The Offspring because the singles would receive massive radio airplay and the album itself would sell well over a million copies because the singles would immediately “click” with practically everyone. For an independently released album to achieve such a high sales equal to that of a multi platinum record was never ever accomplished before by any artist or band. Historically, The Offspring were the very first to achieve this mind blowing feat merely by word of mouth because there was no social media then. Mind you, we are talking here about physical hard copies of ‘Smash’ and not legal downloads and stuff like that.

People who were not part of the core group of fans of The Offpsring bought ‘Smash’ after either getting to hear the single “Self Esteem” being played on the radio or watching its music video. These new fans of the band went out of their way to purchase it in the gigs of The Offspring where they were first being initially sold before being made available nationwide in the United States in record store shelves. “Self Esteem” was the first single to make the album ‘Smash’ such a must have for everyone.

It would happen that the major record labels would line up to sign The Offspring soon after and the rest, as they say, is history.

My analysis of “Self Esteem” by The Offspring

“Self Esteem” talked about The Offspring’s lead singer Dexter Holland’s frustrations and repeated let downs with a girl he likes but things take a very ugly turn. The girl begins to take advantage of Dexter’s feelings for her by making him do things that he knows deep down are not right but he is emotionally manipulated into doing her biddings simply because he is led into believing he has a shot with her for a real relationship when in reality the girl is living a promiscuous lifestyle. 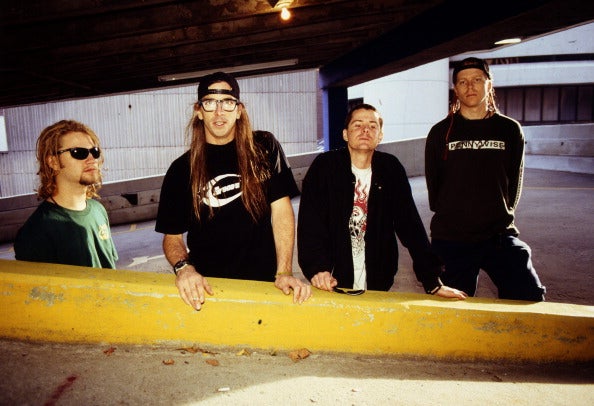 Unluckily for the girl, and her karma also, Dexter Holland put his disheartening experiences with her onto paper and turned them into a kick a** song that would forever be remembered as a universal anthem of the perils of falling for a girl who is simply not good for you. There is a valuable lesson to be learned here. That is, never mess with singers or anyone in a band because their biggest hit might just be about you. To this day, “Self Esteem” by The Offspring still packs a mighty punch and you can feel the teenage angst so synonymous with the 90’s while listening to this masterpiece by The Offspring.

“Self Esteem” is the crown jewel of all the songs of The Offspring in their lengthy catalogue. This very song is responsible for introducing The Offspring to other countries outside the United States. Indeed, this song launched their music careers into overdrive and cemented the band’s legacy.

Some of the memorable lines from “Self Esteem”

“When she’s saying that she wants only me

Then I wonder why she sleeps with my friends

Then I wonder how much more I can spend

Well, I guess I should stick up for myself

But I really think it’s better this way

The more you suffer

The more it shows you really care