Pallasigue, 36, was known for playing daring roles in the 1990s.

Recovered from the scene were three plastic sachets of shabu, disposable lighters and other drug paraphernalia. YG with reports from Isa Avendaño-Umali, Radyo Inquirer 990AM/RAM/rga 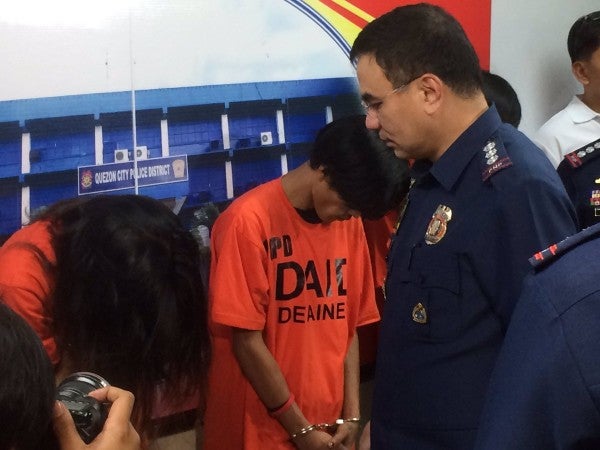 Sabrina M and 2 other drug suspects presented by the QCPD to the media. JOVIC YEE/INQUIRER