Hello there, Keiko! What’s up? 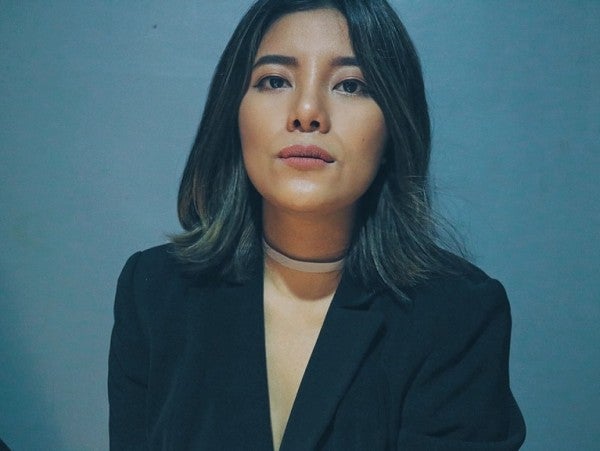 Keiko Sarmiento Necesario is one of the most promising singer songwriters of her generation. Proof of this, a while back she got to showcase her impressive songwriting skills in PhilPOP, a major local annual songwriting competition held in the Philippines which focuses on amateur Filipino singer songwriters with their original and unreleased compositions. Keiko was a key member of the 2016 batch where she was a finalist, thus permanently etching her name in the “history books” of PhilPOP.

That was a career defining moment for Keiko as it reaffirmed her musical talent in composing songs that have substance which impressed the most critical of music intellectuals as also appealing to casual listeners. Striking that fine balance is no easy task and yet Keiko accomplished it in her original composition entitled “Nobody But You”.

All of these positive turnouts in her career have confirmed my belief early on to keep track of her progress after I got to discover her music on my own a few years back. I decided I should feature her in my column, which I did on February 13, 2016 entitled: “Spotlight on Keiko Sarmiento Necesario”.

I am a strong and passionate supporter when it comes to the development of new and young local talents just like Keiko. At my end, I give them major media exposure to raise awareness about them, particularly in the music industry. From their end, these new and young local talents will all need to continue to grab and seize the opportunities that will be presented to them in the near future to ensure that the available talent pool under the OPM banner will never again drop down to such a low number as what had happened more than a decade ago.

In the few years I have been interviewing local young and upcoming talents… and of course, listening to their original compositions… I hold Keiko high in that growing list. Yes ! I am giving her my “endorsement”. She is absolutely worth investing in. I see so much potential in the offing for Keiko. She should be able to achieve a lot more given that she continues to put in time and effort in honing her craft. Keiko may still be a work in progress but at least she is on the right path.

Here below is my follow up piece with Keiko Sarmiento Necesario.

What got you to write songs?
Keiko: I can’t exactly remember why I started writing songs but all I can remember was  that I was already getting melodies and lyrics in my head since I was in 4th grade, it felt like everything would come naturally, it felt like something that has always been a part of me. I didn’t know how to play the guitar then but somehow, I would write everything down at the back of my notes in school.

Who gave you the support to keep writing in the beginning?

Keiko: At first, no one ever really knew I could write songs until I was hanging out with one of my classmates in 4th grade and she was also into writing songs so we became real good friends instantly, we even wrote together and eventually called ourselves “BUTTERFLY” (HAHA) We wanted to be a duo that write and sing songs. So I guess, she was the first person to really support me.

Who did you play the early songs for?
Keiko: It was my friend, “Aleana Marzona”

Can you remember the first time you wrote a song?
Keiko: I’m already having a hard time remembering the very first time in 4th grade but I can tell the feeling when I wrote my very first song with a guitar; I was in my freshmen year in high school, it was the OPM band era and I was so inspired by the music that was going around at that time so I wrote my song “KAILAN” I remember being in my room one afternoon and was just playing until one melody kicked in and I was so happy. I think as soon as I finished it, I played it for my friends and they all loved it. And I think that was the moment where I officially became obsessed with writing songs because after that, I couldn’t stop anymore.

What is better about a song sung by the composer?
Keiko: The emotions. The composer knows it better than anyone else. I’m not saying that singers who sing other people’s songs are not good at giving them the right feelings but I think when you’re the writer and you’re singing your own song, it’s more raw and emotional.

At this phase of your career are you more of a singer or more of a songwriter or both?
Keiko: I am definitely both.

What’s the weirdest thing that’s ever happened to you while working on a song?
Keiko: So I was in the middle of writing my song THROUGH IT ALL and the guy I was writing it for hasn’t been reaching out for 2 months at that time but while I was writing, it was almost like he could sense it and messaged me for the first time and asked how I was. It was weird for me. 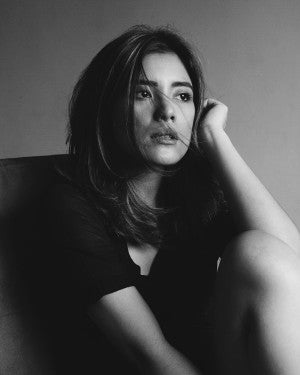 What’s the best concert you have ever been to?
Keiko: I’ve been to so many concerts and I can’t exactly tell what the best one is because each one has awesome feels to it that I’m happy about. If I could pick 2 best concerts, though; I’d say it was Avril Lavigne’s concert in 2012 because I really wanted to watch the concert, I braved Cubao without a ticket, when I got there, it was sold out but for some reason, a friend of mine called me, saying she can get me in. Next thing I knew, I was singing along to every song inside the show. The next one would be my INCUBUS experience, It was the first time I watched a concert by myself and it was the best feeling ever.

What music are you listening to now?

Keiko: I’m still obsessed with John Mayer till now… Old or new stuff from him, I’m all for it.

If you could play one instrument you aren’t able to now, what would it be and why?
Keiko: Drums. I think it’s pretty cool to play the drums… HAHA. And it’s interesting how you gotta pay attention to every movement at the same time. I wanna be able to do that.

What are your favourite kind of movies, what was the last movie you watched?
Keiko: I love all kinds of movies but I know this is a cliché but romantic movies are my favorite; I’m a hopeful romantic like that. Last movie I watched was CAMP SAWI.

How would you survive a zombie apocalypse?
Keiko: If you’ve watched ZOMBIELAND and know the rules in the movie, I’d probably use those rules to survive.

What’s your favorite holiday and why?
Keiko: Christmas is my favorite holiday; it’s nostalgic for me to hear Christmas songs and see Christmas lights everywhere and everyone just having the light and chill vibe. And of course, spending it with the family with lots of food on the table.

If you could bring back anyone from the dead, who would it be and why?
Keiko: My lola (Mone) I’d love to have her around again.

Aside from making music, what are your other passions?
Keiko: I love writing stories/novels but I never get to finish them… I would love to get one story of mine published one day though. I’m also into doing little acting roles or maybe directing short indie films, I enjoy the long hours of shooting and preparations.

What is your favourite book now?
Keiko: The first book I’ve ever read was “THE CHOICE” by Nicholas Sparks, I was emotional reading the entire book. It was almost like I know the characters well enough  like my own friends. That’s my favorite book of ALL TIME.

If you could speak another language, which would it be and Why?
Keiko: French. I’m romantic and it’s the language of love. Perfect combo.

If you could master one skill you don’t have right now, what would it be?
Keiko: The art of being organized. I suck at that so I would love to be a little OCD one day… (HAHA)

If you could have one superpower, what would it be and how would you use it?

Keiko: Teleportation would be awesome. No traffic and I’d be able to help out people around the world easily without wasting too much time with travelling long hours.

If you could time travel, would you go to the past or the future?
Keiko: I guess, I’d go back in the past… I wanna be able to travel through time cause I’m in love with history and every time I go to places, I think of some hidden moments that happened there and I’m always curious to know what kind of untold stories really took place in them. And I’ll use these stories to inspire my song writing and tell people about them.

Who’s your personal hero?
Keiko: My mom; she taught everything I know in life and she keeps me grounded. She’s the kind of person and mother I want to be someday.

What dream that you’ve had has resonated with you the most?
Keiko: Once, I wrote a song in a dream and when I woke up, I couldn’t remember it but I know it was good so it resonated and up until now, I’m trying to remember it ! LOL

What are your three favorite albums? Why?

Keiko: A. John Mayer’s BATTLE STUDIES – The songs are real and I don’t think K have ever cried that much, listening to an entire album. Listen to it and feel for yourself.

B. Taylor Swift’s RED – It wasn’t her best album but the songs were all real, emotional, and they all stuck to me.

C. My album… KEIKO THROUGH IT ALL – I know that might sound concieted but I know how hard I worked for it and how raw and special the songs were to me so I’d say my album is pretty cool, enough to be in this list. Hehehe

Which song you have written so far is your favorite and why?
Keiko: My most favorite song of mine at the moment is THROUGH IT ALL, it was my first single from my album and it’s a pretty emotional song for me because it was based on a personal experience. I usually say that the song is about unconditional love and how you stay through the toughest of times because you love a person… which is true, the song is basically about that but it’s also about a girl who keeps her innocent heart untainted because she believes in love so much that even through the worst heart break, she’s able to handle and think of it as a blessing in disguise.

What’s next for Keiko Sarmiento Necesario?
Keiko: I’m coming up with new music and I can’t contain my excitement cause I’m trying to explore new sounds. This time, it’s more indie but more detailed music wise. Hopefully, I get to release them by the end of the year but pretty big things are in the works and I’m stoked to share them all with everyone.