Judy Ann Santos: Rude behavior of young stars should not be tolerated 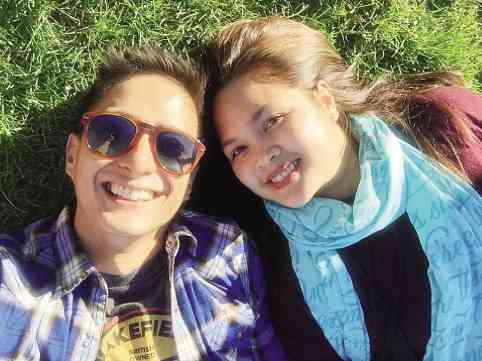 JUDY ANN Santos promised to continue doing projects that would challenge her as an actress, but said she would draw the line at doing kissing scenes.

“I am married and with three kids. I value what they think of me. I don’t want to give people any reason to tease my children, especially in social media, because of me,” Judy Ann declared.

She is married to TV host Ryan Agoncillo, with whom she has two kids, Lucho and Luna, and adopted daughter Yohan. Her last film, “Kusina,” paired her with two good-looking men, Joem Bascon and Luis Alandy.

“I have nothing against fellow actresses who are married but still do it. It just means that they really love their craft. This is just my opinion. My children and husband are everything to me. I don’t want to have to explain to my kids what I do as an actress. Right now, they’re still too young to understand that this is all make-believe,” Judy Ann told the Inquirer.

This was why, Judy Ann said, her romantic scenes with Luis in “Kusina” had no kissing scene. The actress explained: “I told my directors that if we could do away with that, but still come up with a commendable film, then I’d support the project.” 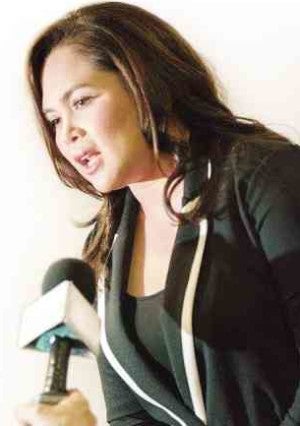 At the helm of “Kusina” are David Corpuz and Cenon Palomares. It premiered at the 2016 Cinemalaya Philippine Independent Film Festival, and will have its nationwide commercial run in November.

She denied that it was Ryan who had set limitations for her. “It was my decision. Some people are just not used to seeing me really put my foot down about something,” she pointed out. “When I was younger, there were a lot of times when I felt forced to do some things by the people around me. I’ve done everything for them—now, I have to take charge. My family is my priority.”

Her greatest fear as an actress, Judy Ann said, was “to not be respected by young artists I will be working with in the future. I see this happening to some of our veteran actors today. Artists who feel like they’re superstars treat our seniors poorly. This shouldn’t be the case. I don’t understand why major networks tolerate these kids’ rude behavior.”

As a mom, her only wish is to be able to “raise my children well.” The 38-year-old added: “I want to be with them every step of the way. I don’t want to miss any milestone in their lives—these are precious moments I can no longer rewind.”