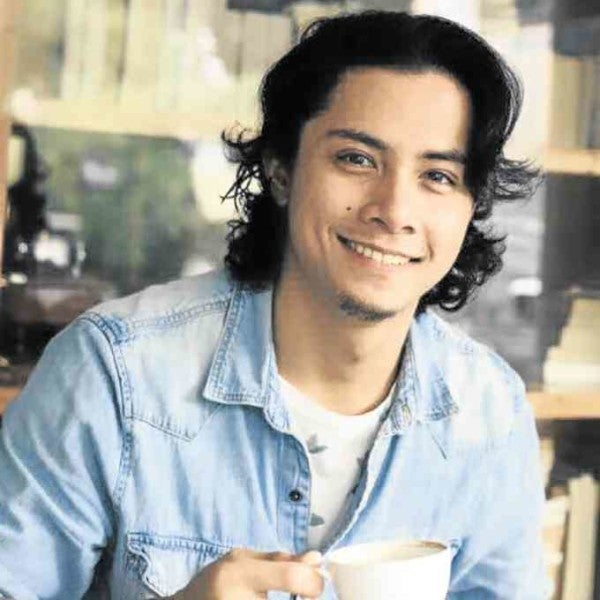 SANTOS. Costars with JaDine in “Till I Met You.” twitter

Gina Albano, office employee: “I first noticed JC Santos in Kanakan Balintagos’ indie film, ‘Esprit de Corps,’ where his exceptional performance was impressive. I’m glad that he has landed a leading role along with James Reid and Nadine Lustre in ‘Till I Met You,’ and is getting positive feedback for his portrayal of a closet gay.”

Rafael Bernido, accountant: “Alzheimer’s disease is characterized by the progressive deterioration of a person’s memory and thinking skills. The changes that occur are well-documented in terms of the behavioral impact on those around them. However, the teleserye, ‘Someone to Watch Over Me,’ starring Tom Rodriguez and Lovi Poe, focuses on romantic love, which is a marked deviation from the behavioral dimensions of the syndrome.

“The show paints an unrealistic picture of the problem. Teleseryes should inform and transform. Romanticizing a serious problem imparts faulty information to the audience.”

Leonor Aday, teacher: “Among teen singers, Darren Espanto stands out because of his flawless singing voice, strong stage presence and good looks. Also impressive is his fluency in speaking Filipino, a rarity among celebrities who grew up abroad.”

Christine Dante, film enthusiast: “It’s that time of the year again for the Film Academy of the Philippines’ selection committee to choose the local movie to vie for an Oscar nomination in the best foreign language film category.

“Nine films are in the running, among them Brillante Mendoza’s ‘Ma’ Rosa,’ Lav Diaz’s ‘Hele sa Hiwagang Hapis,’ Erik Matti’s ‘Honor Thy Father,’ Eduardo Roy Jr.’s ‘Pamilya Ordinaryo’ and Roderick Cabrido’s ‘Tuos.’ We have yet to get that elusive nomination, so it’s quite a long shot. But, we just might get it this time. So, the selection committee’s choice is crucial.”