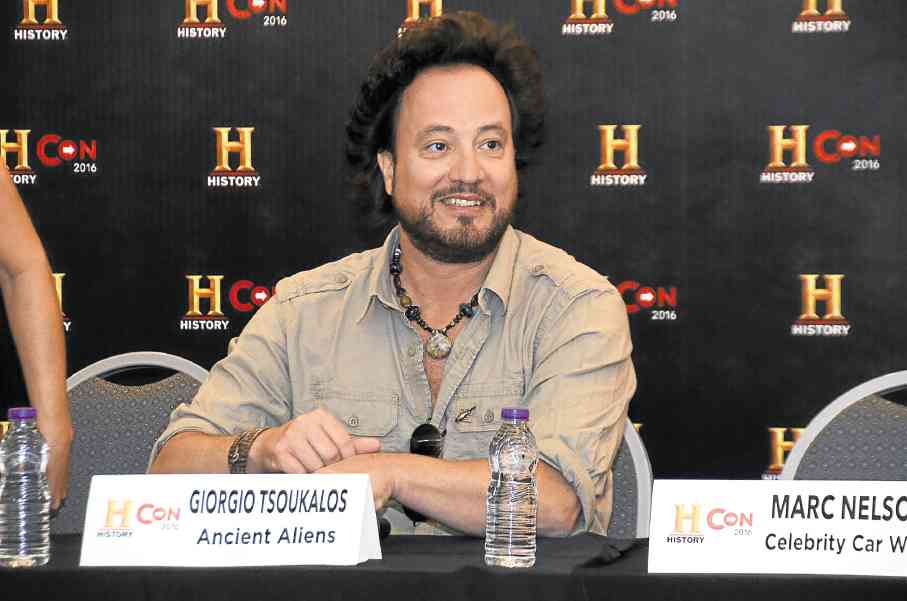 For the avid viewers of the History Channel shows, “Ancient Aliens” and “In Search of Aliens,” Giorgio A. Tsoukalos is a familiar, if hair-raising, figure on the telly.

Think of him as a cross between Indiana Jones and Fox Mulder with a lion’s mane of a do. The renowned expert on the Ancient Astronaut Theory was in Manila recently for the History Con. (The Ancient Astronaut Theory proposes that beings from another galaxy, with superior knowledge of science and engineering, landed on Earth thousands of years ago and shared their expertise with our ancestors, changing the course of human history.)

While in the country, Tsoukalos fielded various questions on extraterrestrials,

exploration, encounters of the third kind and, of course, hair care.

What is the most exciting place you’ve visited while doing the show?

Every place I visited has a rich history and culture. I’m a citizen of the world. Everywhere I go, I feel at home. And it’s tremendous to be in Manila, and Asia, for the first time.

You are now doing adventure tours?

In a few weeks, I am organizing my first trip with 30 people to South America. We’re going to Peru and Bolivia: Machu Picchu, Cusco, Nazca, Puma Punku, Tiwanaku. It will be a great adventure.

Among the episodes in the two shows, the most memorable were on Puma Punku and Nazca.

These places are components of the Ancient Astronaut Theory. Puma Punku is fascinating… There, you can find massive stone blocks made of grey andesite.

But the only tools found in that area were essentially copper tools. It’s impossible to cut gray andesite with copper tools. So my question is: How was it done?

Where would you like to go, a place you haven’t visited yet?

India. The whole world is filled with ancient mysteries… 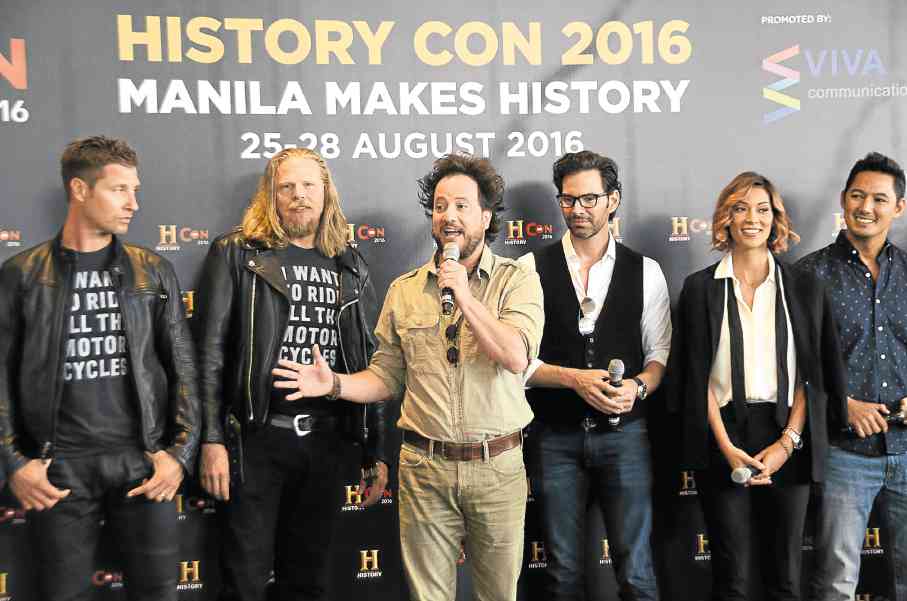 In your research, have you come across the Philippines before?

Not yet. But Southeast Asia is filled with stories of flying dragons that leave behind a trail of smoke and fire and, when they landed, the earth trembled.

The Ancient Astronaut Theory is now going mainstream. What are your thoughts that it’s no longer considered esoteric TV fare?

People tend to mix the esoteric and extraterrestrial worlds. Even though they belong to the same universe of existence, they are separate.

Aliens are like you and me—flesh and blood creatures. On the esoteric level, ghosts and other paranormal stuff exist, as well, but they’re from a different realm of reality.

How does it feel that the Ancient Astronaut Theory has made it to the plotlines of mainstream Hollywood movies like “Prometheus”?

Also, the opening of the second “Star Trek.”

What are your favorite films?

Gosh, the “Star Wars” franchise is obviously a favorite. The “Indiana Jones” movies. “Stargate,” the 1994 movie, was 100-percent on the Ancient Astronaut Theory.

The only thing I disagreed with in that film is that it portrayed humans as slaves. I don’t think we were slaves to extraterrestrials.

Are they friend or foe?

Friend. From the texts I’m familiar with, they were always teachers. Some of my colleagues suggest that aliens control governments, that they are here to annihilate us. My question is: Why would aliens wait until we had nuclear capabilities then?

When was the last time you saw a UFO?

It only happened once. In Joshua Tree [National Park], August 2014, around 12 midnight. About 30 people saw two additional stars in the Big Dipper. We observed them for 10 minutes.

Then, those two stars, which were equidistant from each other,  disappeared into space. All I could wonder when I went to bed that night was: What do the pilots look like?

How long does it take to fix your hair?

With the electric socket, two seconds. No, it doesn’t take that long. A couple of minutes. I just use hair spray, that’s it.

How do you explain the fascination with aliens?

This show asks fundamental questions. Where did we come from? Why are we here? And where are we going?

One thing is clear, we, as a species, are explorers. That’s why we explore the planet. That is why we will explore the solar system and beyond. And I’m here to tell you, we will not be the first.

What would you do if you met an alien?

I’d ask them to take me on a spin in their spaceship… and thank them that I could go on vacation for a bit.

How do you handle skeptics and critics?

I don’t. You have to be ready in your own heart, to explore these questions with an open mind. I can show you all 116 episodes of “Ancient Aliens,” but if you’re narrow-minded, you will still say: It’s all rubbish!

It’s not my place to change your mind. My role is to present the questions and… the evidence. Whether or not you accept the evidence, it’s not up to me. Two decades ago, I would argue with critics. Not anymore. Because it’s either you are ready or you are not.