From both sides now 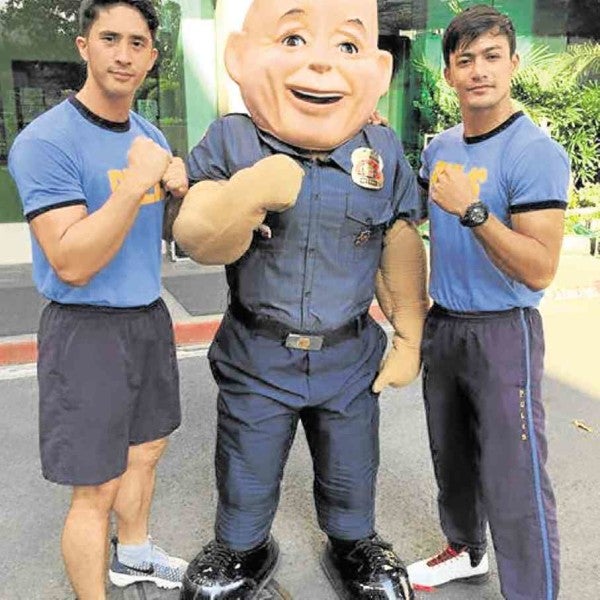 Some developments on TV this season have split viewers into two camps or schools of thought in terms of their positive and negative reactions.

Topping our list of controversial treats or ticks this month is the noticeable promotional effort to improve the image of our police officers as the general public perceives or fears them to be.

It’s both a significant and relevant move, because our law enforcement officers need the public’s cooperation and support, especially at this time, when a big fight against drugs and crime is being waged.

To “lighten” cops’ sometimes heavily negative image, the “Umagang Kay Ganda” morning show has come up with the “Gwapulis” tilt, which features two good-looking, young cops each day, showcasing not just their obvious physical plus points, but also their performing talent, if any, and their principled service to the nation.

In a country where good looks are prized and admired, as well as equated with virtue and courage, the “Gwapulis” gambit is a logical move.

It’s supported by other efforts, like getting top cop Director General Ronald “Bato” dela Rosa to guest on a number of TV shows, to help “humanize” the viewing public’s perception of policemen.

He’s regarded as the perfect “spokesperson” for this, because the big and burly general can also be warmly, smilingly “accessible.”

To further underscore this chummy accessibility, a “General Bato” puppet and “mascot” figure has even been created.

It’s tasked to visit schools and promote cooperation between citizens and cops in crime-solving.

In effect, he played a “straight man” (in more ways than one) to the show’s resident comic, so it was a new “stretch” for the pro-cop promo campaign.

From both sides now: Seen as positive gambits, all of these efforts appear to be effective in making viewers like cops more, fear or doubt them less, and want to help them.

On the other hand, some viewers look askance at these gambits and are leery about some of them, because they fret that they “lighten” the issues involved too much, and thus end up diluting them.

The country’s top cop as a warm and caring protector? That’s OK—but, when he’s made to act like a comedian and entertainer, some red flags could be raised—and waved.

As for the “Gen. Bato” puppet, that’s OK, too—but care should be taken to keep its school visits “on-message,” clicking and connecting smartly with its target audience of young people—without “entertainingly” distracting them from the paradigm shift that those visits are meant to accomplish.

It’s a dodgy balancing act to pull off, so our top cop’s media handlers have to savvily keep guiding them to make sure that they don’t end up dropping all those balls—and falling off the tightrope.

Read Next
A. Lipin, August 30, 2016
EDITORS' PICK
Palace: Malls, establishments may require customers to use of face shields
Syringes for Pfizer vaccine arriving on December 2 — NVOC chairperson
Smart offers wireless fiber-like speeds to Filipino homes with country’s first 5G Prepaid Home WiFi
Legarda: Ending Violence Against Women, a cause for all
This new condo in the South will make you want to turn a new leaf
Disease expert: Omicron variant may behave like Delta
MOST READ
Bongbong Marcos to face another disqualification case
Christine Bersola, Julius Babao cleared of cancer after colonoscopy, endoscopy
Former PM Abe says Japan, US could not stand by if China attacked Taiwan
Tropical storm intensifies as it approaches PAR
Don't miss out on the latest news and information.