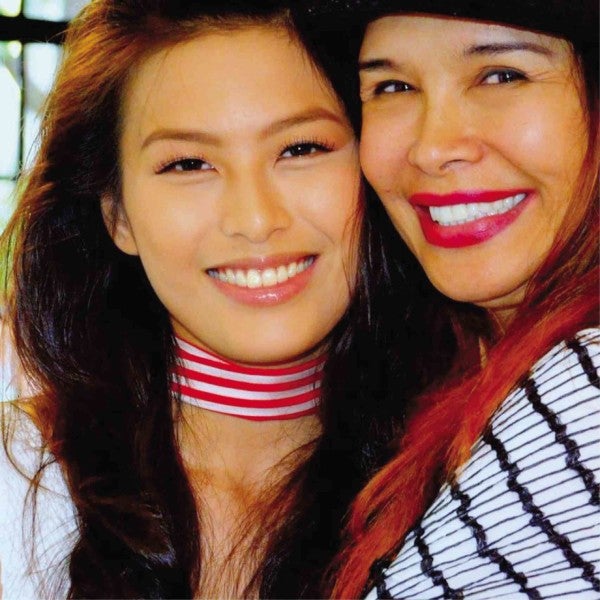 Most of the time, stars who guest on TV talk-magazine shows don’t have much that’s fresh or divertingly new to say.

They’re rather predictable personalities who are “exposed” so much in the media that they’ve long exhausted their ability and capacity to surprise. Thus, they end up merely repeating or “rephrasing” their well-known views on this and that.

So it was an unexpectedly pleasant surprise for us to catch Melanie Marquez’s guest stint on “Magandang Buhay” last week. Unlike many other interview subjects who end up merely confirming what we already know about them, she was such an idiosyncratic character that she held our attention and interest for many minutes on end.

Perhaps Melanie’s unique appeal is her being a bundle of unexpected contradictions.

Some iconic “beauty queens” turn out to be not much more than their lovely façades. They strive hard to sustain the veneer and patina of perfection that have made them famous, and don’t reveal their “humanizing” flaws.

In Melanie’s case, however, the flaws are there for everyone to perceive—so, what you get is what you see.

She may still be tall and lovely, but she doesn’t hide the fact that she’s also a famous mali-mali who has a penchant for getting her thoughts and words all mixed up, so they sometimes come off as weird, funny—and entertainingly quotable!

Even better, Melanie admits to this gauche tendency, and gamely quotes some of her own “malaprop” lulus!

Instinctively, this has made her “accessible” to “ordinary” viewers, especially to those who also get “nosebleed” when forced to speak in English.

But, Melanie is much more than just a unique mix of beauty and inadvertent comedy. She’s also lived and loved a lot, so she has a lot to say in terms of “earned” life lessons that she candidly and generously shares with viewers.

Melanie’s guest stint on “Magandang Buhay” was capped by the presence of her similarly tall, lissome and lovely daughter Michelle Dee (her dad is Derek Dee), who’s now making her own waves as a model and potential beauty titlist.

Some people may dismiss Melanie as rather ditzy, but the fine way that her daughter has turned out is a tribute to her “instinctive” mothering skills.

Her daughter is “inspired” by her, but she’s clearly also her own person, and that’s a tribute not just to her, but to her “Melanific” mom, as well!