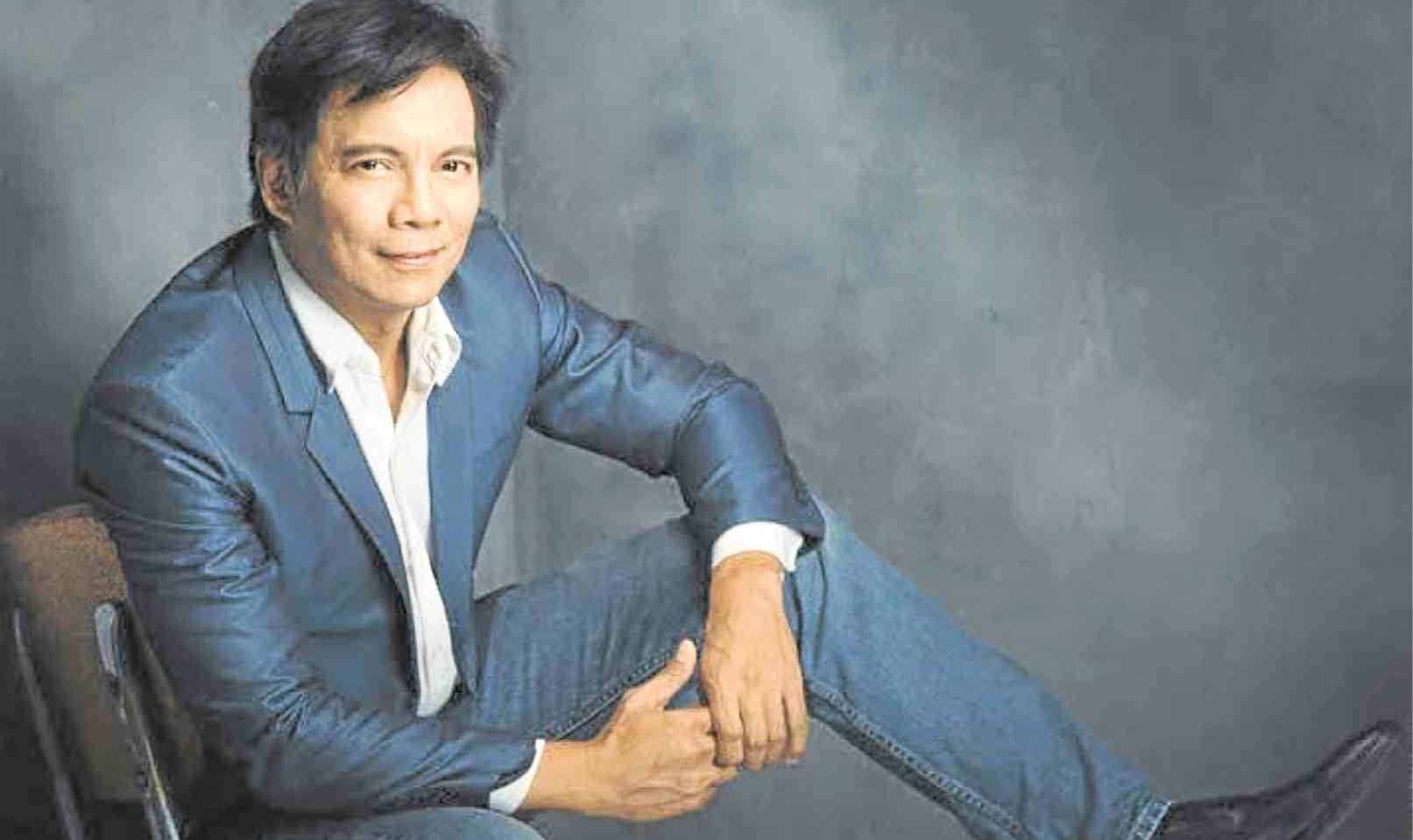 Since Bo Cerrudo is my “partner in crime,” I’ve seen him in his unguarded moments. I know that there’s nothing he won’t do for the love of his craft.
Bo has been in the entertainment scene for three decades, but he has not lost that fire in him.

He is all revved up to star in Spotlight Artists Center’s original Filipino musical, “Dirty Old Musical (DOM),” along with other seasoned artists, John Arcilla, Nonie Buencamino, Michael Williams and Robert Seña.

Being the pro that he is, Bo doesn’t mind being the replacement of Ricky Davao in the play. It’s a hilarious peek into the woes of men going through midlife crisis, which features a “throwback soundtrack” of OPM classics (For tickets, call 8919999).

Catch “DOM” from Sept. 1 to 10 at the Music Museum. What a naughtily funny, and funnily naughty way to keep OPM alive. Just “DOM” it!

Here’s my chat with Bo:

“DOM” tackles the issues that men face in their 40s and late 50s. The play therefore gives these men the feeling that they aren’t alone during these times, especially when they openly talk about it with their friends.

What are your thoughts on midlife crisis?

Midlife crisis to me is psychological. Issues that men supposedly deal with don’t become harsh when they live a life of love and caring.

How do you feel about replacing Ricky Davao in “DOM?”

Taking his place is tough, considering I only have three weeks to catch up with the choreography and the role.

I’m doing this, firstly, for friendship’s sake. The fun that goes with this process is an understatement.

Among all the ’80s songs in “DOM,” which one is most meaningful to you and why?

Wadab’s song, “Pag Tumatagal Laong Tumitibay.” I revived this song in 1992 under Universal Records and has been the battle cry of my career.
I’m thankful for my 30 years in the business and looking forward to more years of doing what I enjoy most.

What makes your collaboration with John, Robert, Nonie and Michael work?
Our collaboration is so far the best I’m experiencing this year. We’ve all worked together in past productions, and we’ve been good friends, as well.
There’s so much trust and confidence among us. My coactors are very professional, and our working chemistry is good.

What are your do’s and don’t’s before a performance?

Hours before a performance, I do a light workout like a 20-minute jog or 30 to 45 minutes of basketball to break a sweat. Afterwards, I take a nap, then have a light meal.

I don’t stress myself in traffic going to the venue. As much as possible, I continuously say my prayer of thanks in traffic for good vibes throughout the day.

What was your most embarrassing moment onstage?

It happened in an international beauty pageant in 1987. As we were doing our final prod number, my right shoe flew over the stage and landed in front of the audience.

Since I was relatively new at the time, I didn’t let it go, so I jumped off the stage to get my shoe and jumped back onstage, all in about eight seconds.

Thanks to Leo Valdez for extending his hand for me to climb back onstage.

What are your three pointers to aspiring theater actors?

What are your dreams for the local theater scene?

I also hope that more people realize that this could be the most sensible alternative form of entertainment that instills valuable lessons and insights in the masses. There’s so much talent that could be put to good use.

If you could only sing one song what would it be?
“The Greatest Love of All.”

Why should we watch “DOM?”

“DOM” is an original musical that will surely bring back good, old memories. The extensive and creative use of ’70s and ’80s OPM songs will surely captivate your hearts. Filipinos will find characters they can easily identify with. Plus, the dancing (at our age) will be one for the books!