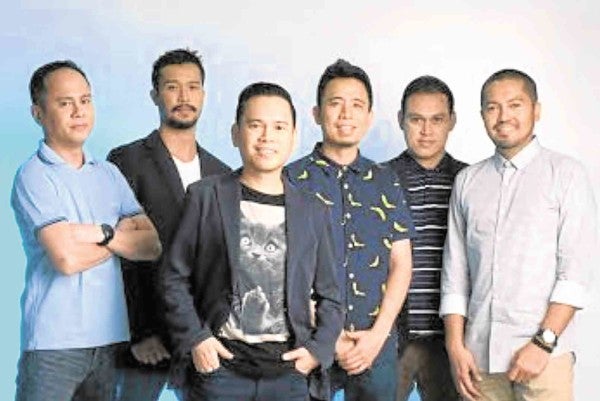 Medwin Marfil, the lead vocalist of the enduring pop-rock band True Faith, is still drawn to the concept of putting together one cohesive album.

But in this age of 140-character attention spans, he said that releasing singles is a more convenient, more practical approach for the group.

“Everyone seems to be always distracted these days, and so releasing a full-length record might not get the attention we believe it deserves from its intended audience,” Medwin told the Inquirer in a recent interview. “Even back in the day, I felt bad when some tracks in our albums get looked over.”

“It’s harder [to avoid] these days,” added the musician, whose band last released a studio album, “Love Parade,” in 2010.

“Now under Star Music, True Faith made a music video (to air on Myx on Aug. 27) of its latest single, “Paano Ka Magiging Akin”—a ballad hailed by some fans as being evocative of the music of Neocolours, Basil Valdez and Gary Valenciano.

“One of the best remarks I’ve heard from a listener is that the song ‘sounds genuinely OPM,’” he said.

While the band isn’t exactly known for coming up with music videos—although Medwin wishes they had the capacity—when promoting new material, True Faith has been raring to do things differently. So, this time, the group went for a more cinematic approach in creating one for “Paano.”

The video, which is directed by Genghis Jimenez, draws inspiration from and pays homage to classic movies like “Eyes Wide Shut,” “The Shining” and “A Clockwork Orange.”

“I believe that a good music video should not only be visually enticing, but also thought-provoking,” he said.

“Paano,” Medwin said, will eventually be part of a mini-album that the band plans to release later this year. “It will sound more pop, which is an exciting proposition for the band.”