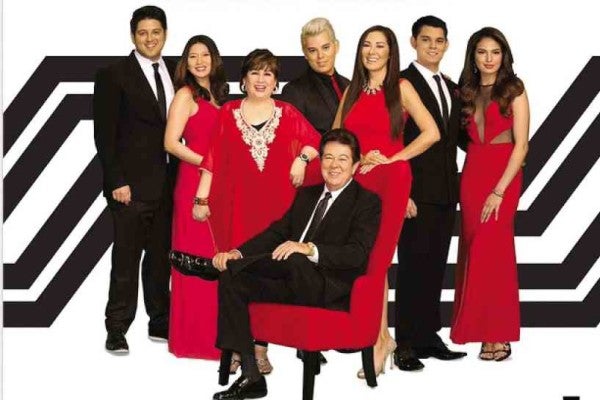 When the Gutierrez family was persuaded by the E! Channel to do a TV reality show about its members’ glamorous involvements and personal interrelationships, the promo buildup link was made early so that Asian viewers should watch their show because they were the region’s version of the similarly glamorous TV clan, the Kardashians.

Of course, the “Dash” clan practically “invented” the “celebrity family reality TV” program format, but the Guttierrezes were certainly visually stunning enough to similarly succeed on a narrower, regional scale.

They’re in the process of attaining that success by way of the second season of their show, “It Takes Gutz To Be A Gutierrez,” so the follow-up question now arises: How are they faring compared to the pioneering “K’s” shows on point of similarity and content?

If the Kardashians have the “K,” what do the “G’s” have to offer?

First, the similarities: It took the Kardashians quite a while, but their show has learned that, to keep viewers interested, it has to come up with new issues, problems, involvements and complications on a regular basis.

The rule used to be “once a week,” but the “K” shows have been on-air for so many years that their attention-calling twists and turns (and tangles and wrangles) have been hyped-up even more and sometimes feel like they’ve been coming up on a practically daily basis!

It looks like the “G” people have been taking careful note of this viewer-hooking tack and trick, because the second season of their show is turning out to be more eventful and varied than its debut outing.

Another complication on the “K” show that the “G” production still has to pick up on is the fact that the conflicts on the Kardashian’s program don’t involve just the family’s members.

In fact, the show makes it a point to bring in “outsider” irritants like the father of Kourtney’s children, Scott Disick, whose assigned role is to constantly turn people off with his wheedling, scheming ways—the show’s viewers included!

Aside from him, other “instigators” are periodically brought in to keep everyone productively on-edge—so, will we see more of this in the “G” show on its current or third season, as well?

Finally, the rise of the new “generation” of Kendall and Kylie Jenner could be the inspiration for the Gutierrez show’s greater focus this year on Ruffa’s own “tweening” daughters, Lorin and Venice.

If everything works out well, they could eventually become popular stunners in their own right!

What about the two TV clans’ points of contrast and divergence?

The K’s have learned over the years to individually emerge as feisty and idiosyncratic solo stars—a trick that many of the “G’s” have yet to master. Well, let’s give them more time.

Finally, as far as “shock value” goes, the “K” show’s Bruce Jenner stumped and trumped everyone when he transformed himself into Caitlyn—something that Eddie Gutierrez couldn’t, wouldn’t and shouldn’t even contemplate!

TAGS: Entertainment, It Takes Gutz to be a Gutierrez, Keeping up with the Kardashians, Reality TV, Television