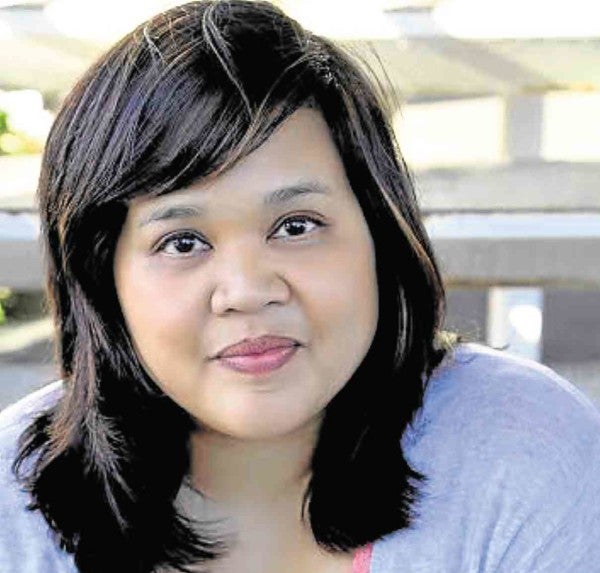 (This is eighth of a series on the struggles and triumphs of Filipino-American actors in Hollywood.)

LOS ANGELES—Ellen D. Williams, who plays Nicole, the wife of Zach Galifianakis in FX’s “Baskets,” has been acting since she was a child, but did not get the proverbial “break” until she was in her 30s.

“I feel that opportunities for actors of color are improving, but it could be better,” said the actress who’s best known for playing Patrice in the hit series, “How I Met Your Mother.”

When Ellen first took on the role of Vangie in the play, “Flipzoids,” which starred Becca Godinez and was directed by Jon Lawrence Rivera at the Los Angeles Theatre Center, little did she know that it would take her to the Philippines again.

In 2014, Becca brought the production to Manila, including Ellen, who visited Manila for the first time when she was only 8 years old.

She will be directed again by Jon in “Bloodletting” by Boni B. Alvarez, who also wrote “Flipzoids.”

On her long journey, Ellen said, “There have been many times when I’ve thought about giving up … But whenever I get to that place, I usually ask the universe/God to give me a sign that I’m on the right path. Then, something happens that motivates me to stay in it.”

But I didn’t get my “break” until my 30s, when I got cast in “How I Met Your Mother.” So, I can definitely say it’s been a long one, but it’s also been fun and rewarding.

I usually get only about a day or so to prepare for an audition. Sometimes, you get more time, but it’s rare when auditioning for television. I usually get the sides (the part of the script that I’m auditioning with) and try to memorize it as much as possible, figure out who the character is, etc.

I don’t have any good luck rituals. I still get nervous, so I just tell myself that the nervousness is excitement and allow myself to feel it. When I get to the casting office, I find a quiet place to just sit with my sides and focus.

You can get feedback, but that’s very rare. So, I’d say that is one of the most frustrating parts of trying to land a role in Hollywood—the not knowing.

I’m pretty good at handling rejection. You have to be in this business. I always ask myself when I leave an audition, “Did you do the best you could’ve done?”

If the answer is “Yes!” then I leave it alone. I have no control over how they choose actors. 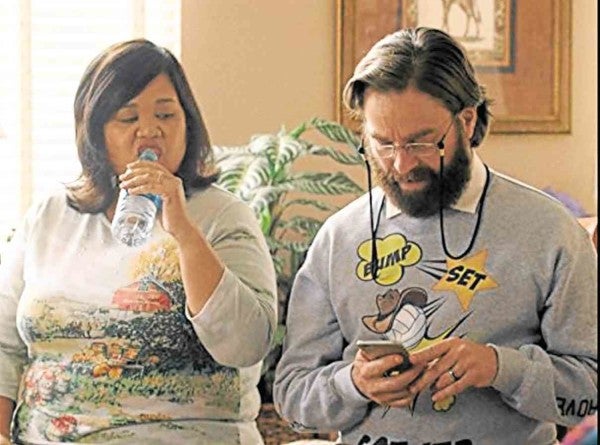 ELLEN D. Williams and Zach Galifiniakis in a scene in “Baskets.”

Have there been times when you almost gave up?

There have been many times when I thought about giving up. But whenever I get to that place, I usually ask the universe/God to give me a little sign that I’m on the right path. Then, something happens that motivates me to stay in it.

I feel that opportunities for actors of color are improving, but it could be better. I do like it when I see casting breakdowns get very specific: “Filipina,” instead of just “Asian.”

I get asked this question a lot. I always say that in this day and age, if you are not seeing yourself being represented on TV or onstage, then you need to write your own story.

Especially nowadays with YouTube and being able to use your iPhone to shoot anything, you can tell any story you want. Write it, perform it, shoot it. There’s no excuse.

I don’t understand why that still happens. The best actor should get the job. But I believe that maybe there tends to be some laziness going on in regard to seeking out someone who fills the role, both physically and talent-wise.

I don’t know if you can really prepare for life as an actor. I don’t believe you have to starve anymore, nor live paycheck to paycheck. You may have to be crafty, but things are different than they used to be.

There are job opportunities out there that work with an actor’s schedule, which is nice. You should be in an acting class and surround yourself with other actors, so you don’t feel alone on your journey.

It’s important to understand the business side of things and how that works, because half of being an actor is understanding that. And lastly, have a balanced life.