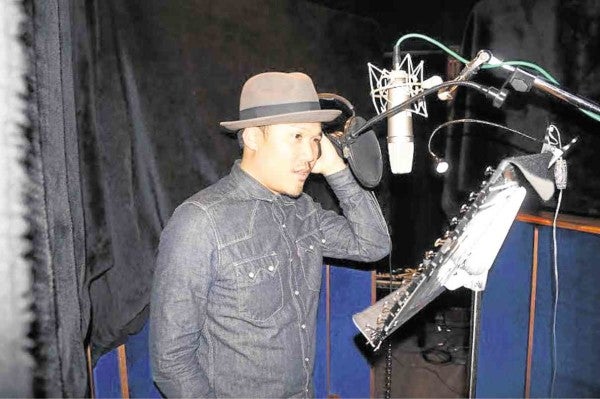 DANTE Basco is a poet,who also starred in Gene Cajayon’s “The Debut.”

(This is fourth of a series on the struggles and triumphs of Filipino-American actors in Hollywood.)

LOS ANGELES—“Being a Filipino actor in Hollywood, the most frustrating part of landing roles in Hollywood is definitely the limited roles available and the lack of diversity,” said Dante Basco, who started appearing on TV and films when he was in his early teens in the late ’80s.

This year marks the 25th anniversary of Steven Spielberg’s “Hook,” where Dante, playing Rufio (the leader of the Lost Boys), made quite an impact, improvising lines opposite the master of improvisation, the late, much-missed Robin Williams, and fencing against Dustin Hoffman.

Before that big break, Dante was already a performer, breakdancing with his three brothers (Dion, whom we will feature tomorrow, Derek and Darion—all actors, too) when he was only 8 years old.

When Dante and his family, which includes a sister (Arianna), moved from Daly City to LA, he began landing roles, including TV’s “Fresh Prince of Bel-Air.”

Also a poet, Dante starred in Gene Cajayon’s “The Debut,” an acclaimed film that pioneered the portrayal of the contemporary Fil-Am immigrant experience; “Take the Lead” with Antonio Banderas; and voiced Zuko in Nickelodeon’s “Avatar: The Last Airbender.”

He has started writing and producing.

Dante said, “I look for us—people of color in Hollywood, to create more stories as writers, directors and filmmakers, creating more opportunities for ethnic actors. At the end of the day, we have to be the ones giving jobs and telling the stories, not just waiting to be hired.”

It’s been an amazing 30 years so far in this industry. I feel extremely fortunate to have been able to play many great roles and survive in arguably one of the hardest businesses out there.

As an actor, the journey has been hard at times and, other times, it has unveiled a world beyond anything I could have imagined when I was growing up. The actor’s life isn’t for everyone, but it has been extremely rewarding to me.

When preparing for auditions, I have no rituals. I just try to be as prepared as possible.

Being a Filipino actor in Hollywood, the most frustrating part of landing roles in Hollywood is definitely the limited roles available and the lack of diversity.

It has definitely led me to grow beyond being only an actor. I expanded to writing and producing for myself and my friends and helping to establish an avenue for the next generation.

Rejection is part of the business. But I no longer think of it as rejection. I’ve been around long enough now, on both sides of the camera, to understand that oftentimes, getting or losing a role isn’t really up to the actor.

There are many other variables involved. As an actor, you can only do an honest performance. The business aspect of it all is out of our hands. I’ve learned not to take it personally. Not getting a particular role is not a personal indictment on you as an actor or person.

Sometimes, you have to be patient. When the right role and actor come together, that’s when magic happens.

I’d be lying if I said I never thought about giving up. Contrary to popular belief, actors don’t always like being in the spotlight.

As far as giving up, that feeling passes. I’m what you call a “lifer” in this industry. Most of my life has been spent here in Hollywood. It’s all I really know, but it’s what I really love, too.

It’s definitely getting better. For actors of color in Hollywood, this is the best time we’ve ever had since the beginning.

But that is in no way saying that we’re satisfied or it’s great. Our opportunities are scant compared to our Caucasian counterparts. There’s more work to be done.

As far as whitewashing is concerned, people have to understand that, one: This is a business, and business people make decisions based on figures and analytics.

The truth is, we haven’t created enough proof to warrant certain budgets, and they give those roles to white actors. Is it right? No, of course not.

Two: We also have to understand that most of the people making decisions and telling stories are Caucasian.

More often than not, they tell the stories through their point of view and in their image. Do I blame them? Not necessarily.

I can see things as they are. It doesn’t mean we have to like it or it’s always going to be that way.

But I look for solutions.

At the end of the day, we have to be the ones giving jobs and telling the stories, not just waiting to be hired.

My biggest advice is to understand that this isn’t just a job; it’s more of a lifestyle. I don’t know if you can truly prepare for this life—it’s almost an act of volition.

I was once told that the pursuit of success in Hollywood is like having faith—in spite of the fact that there’s no evidence that God exists or that you will make it in this town (the evidence shows you will fail), we still choose to believe.