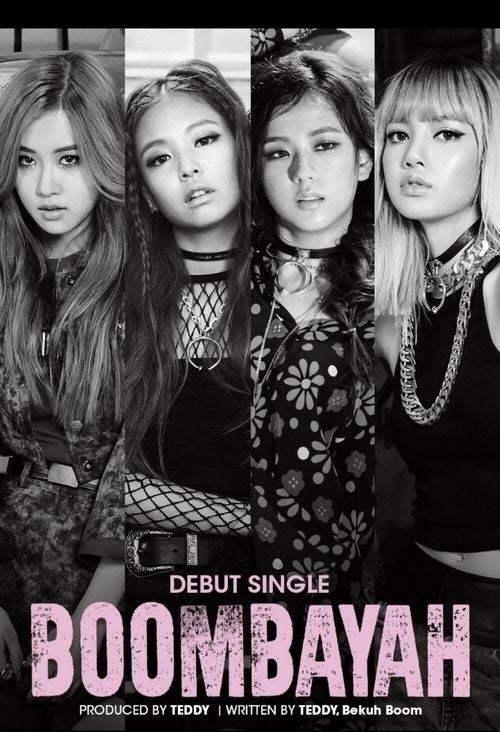 The members’ appearances and dance skills have already won recognition through previous photo releases and their dance video, which hit over 6,140,000 views in just one month. 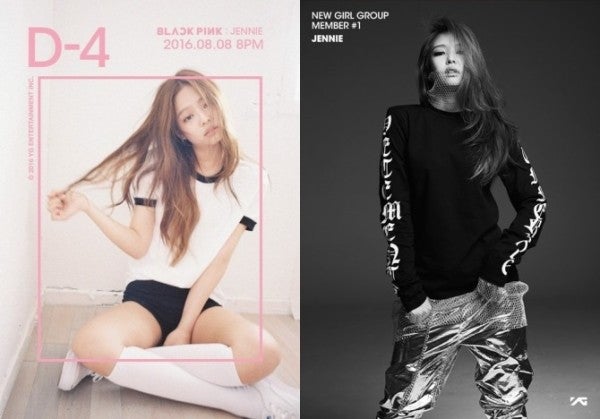 Jennie, the main vocalist, was the very first member to be publicized, and is the most well-known. She has lived in New Zealand, and speaks Korean, Japanese and English.
The singer has previously collaborated with Big Bang’s G-Dragon several times, including her appearance in G-Dragon’s “ThatXX” music video in 2012, and featuring in his title track, “Black” for his second EP, “Coup D’etat” in 2013. 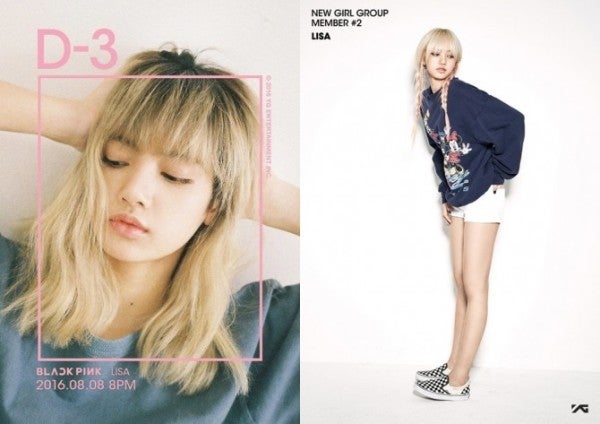 Lisa is the second member to be introduced to the public. Her lean figure and exotic appearance received much attention. Her outstanding dance skills have already been acknowledged by Yang Hyun-suk, the head of YG Entertainment, who calls her a “dance machine.”
Lisa has proved her dance skills through a dancing clip, “Who’s That Girl?” in 2012.
Besides Thai, Lisa is fluent in Korean, English and Japanese. She appeared in Big Bang’s Taeyang’s “Ringa Ringa” music video in 2013, and was a model for NONAGON, YG’s global fashion brand. 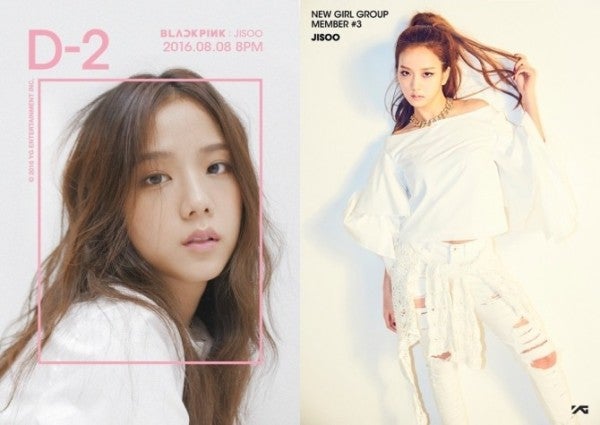 Jisoo is a big shot in YG Entertainment’s advertising world, known to fans as the member that resembles Tang Wei, a beautiful Chinese actress.
She is an all-around entertainer, appearing in several music videos including Epik High’s “Spoiler” and “Happen Ending” in 2014, and Lee Hi and Suhyun’s collaboration single, “I‘m Different.”
Jisoo also played a cameo role in KBS2’s drama, “The Producers” in 2015. 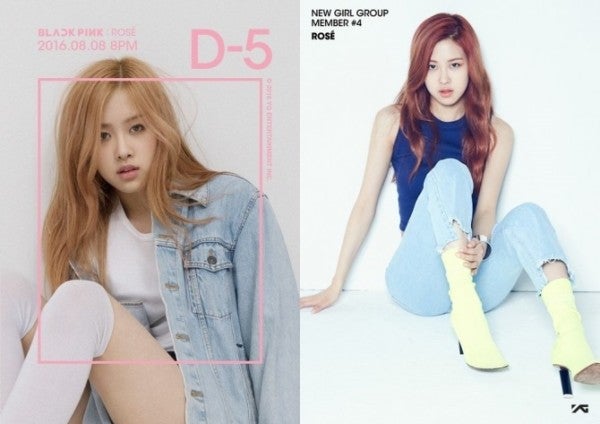 Unlike the other members, Rose has never been officially introduced. Her Korean name is Park Chae-young.
Rose was born in Australia, and started her practice season in Korea in 2012 after winning first place at a YG Entertainment audition.
The singer featured in Big Bang’s G-Dragon’s track, “Finally” from his LP “One of a Kind,” and has excellent guitar skills.

Meanwhile, Black Pink has released two title tracks, “BOOMBAYAH” and “Whistle” on Monday.
BOOMBAYAH” is a hip hop track with an up-beat tempo, and “Whistle” is an aerial song with touching lyrics about love.

The group is expected to debut onstage through SBS’ music channel “Inkigayo” on Sunday.

Read Next
‘Game of Thrones’ US concert tour confirmed for 2017
EDITORS' PICK
Smart brings KCON:TACT especially 4U to subscribers from June 19 to 27
Smart celebrates all kinds of ‘#SimplyLove’ for Pride Month
Behind Terance Mann’s 39, Clippers oust Jazz in Game 6
SWS: Over 12M Filipinos still jobless as of May 2021
WATCH: INQside Look with Fil-Am actress Aina Dumlao
Gilas out to prove Korea win not a fluke; Tab fires back at ‘lucky shot’ remark
MOST READ
Underdog Dasmariñas vows to fight to the death vs Inoue
Rajko Toroman praises, warns Gilas Pilipinas
Kai Sotto, Angelo Koaume lead Gilas roster anew for Korea rematch
The opposition’s dilemma
Don't miss out on the latest news and information.