Team Philippines: Excited and ready for The Amazing Race Asia 5 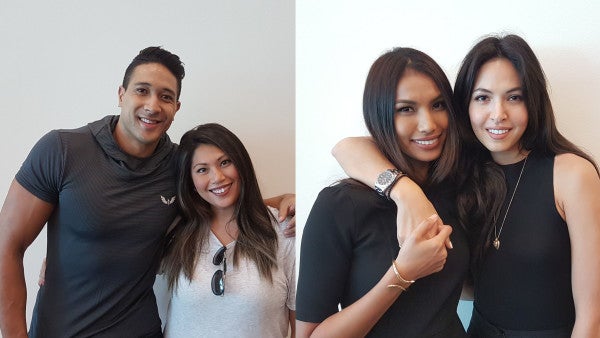 AXN announced last Thursday the teams that will be part of the latest season of the show and will embark on a once-in-a-lifetime experience, travel across the world, and compete in the quest to be the champion and winner of the USD$100,000 grand prize.

Among the 11 chosen teams are 2 pairs who will represent Team Philippines on the adrenaline-fueled reality TV show. DJ and former noontime show host, Eric “Eruption” Tai and his wife, Rona Samson-Tai, along with best friends and beauty queens Maggie Wilson and Parul Shah, will be competing to bring home the pride once again to the Philippines.

Shortly after the announcement, Eric and Rona went to Instagram to express their gratitude to their family, friends, and supporters. “Dream come true! It was an unexpected and amazing news that completely threw us over the moon. So happy that we are officially part of The Amazing Race Asia Season 5,” wrote Eric in his post.

As much as they are excited for the race, they also hope that through The Amazing Race Asia they can inspire others that “…inner strength is far [stronger] than physical appearance and capabilities.”

Like the married couple, Maggie also shared the news on her Instagram and said that she’s “…scared but also super excited for what’s to come”.

After a six-year hiatus, The Amazing Race Asia is back with a new season filled with more exciting adventures like no other. Allan Wu is also back as host of the show and will be joined by Indonesian film actress, Tara Basco, on selected legs of the race.

“This season is going to be a huge adrenaline rush and a race like no other. The racers and AXN viewers can expect more thrills, more drama and more twists than ever before,” said Allan. “The teams will be transformed during the race, for better or worse – but one thing is for sure, it will be the ultimate adventure of a lifetime!”

The 11 teams from seven countries across Asia include:

The Amazing Race Asia is slated to premiere in October. Catch it on AXN Philippines!