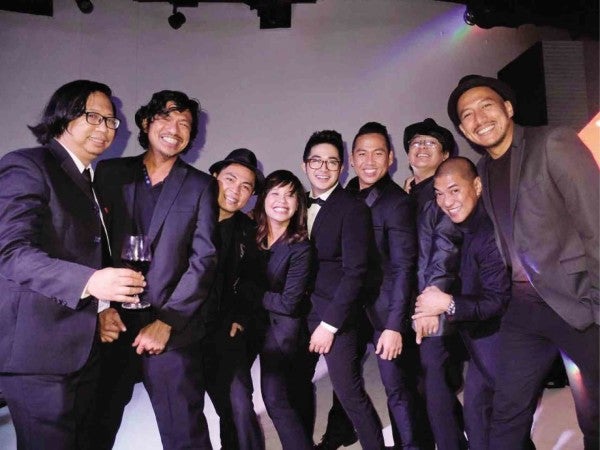 Sometimes, you have no choice left but to close your eyes and take that leap of faith.

The group’s album produced under the Under De Saya label will be available in the market in August, following a promotional bar tour that first took the group yesterday to 70s Bistro, where it played with Dong Abay and Ang Bandang Shirley.

According to Francis de Veyra, musical director of the funk and soul band, the independently released album comes four years after the group first got together, and will feature original material.

He described the album as a mix of the soul, funk and R&B genres that would showcase the members’ individual skills and influences.

De Veyra is featured in most of the tracks, including “Chili Garlic Buttered Shrimp” and “Funky,” then in “Hot Jazz” in collaboration with guitarist Kakoy Legaspi, “Kumper” and “Yatap” with drummer Wendell Garcia, as well as “Ala-Stress” with keyboardist Nikki Cabardo.

The release of the album is the latest highlight in the career of Brass Pas Pas Pas Pas, which was formed in 2012 when longtime friends from different bands got together and decided to play their own music.

As for the name, Garcia related that they were hanging around backstage at Malasimbo when they heard Junior Kilat play a reggae song. The drums with the dub delay effect sounded like “baspaspaspaspas.”

They were inspired, for example, by the music of such groups as VST & Co., Boyfriends, Apo Hiking Society, Rico J. Puno, as well as the funk group The Advisors. They also pay homage to the classics of Michael Jackson, James Brown and Stevie Wonder.